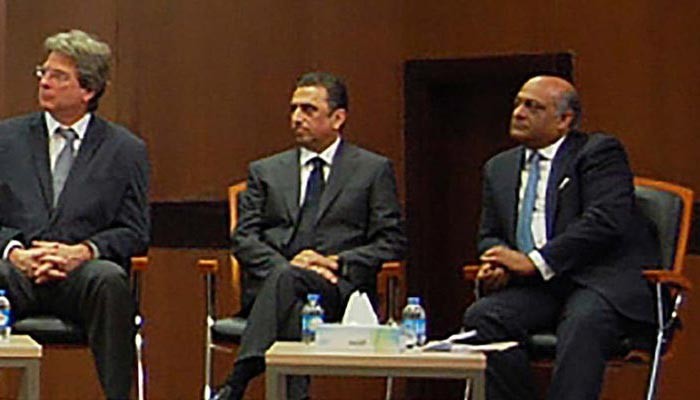 LONDON: A Karachi-born billionaire oil trader has been behind the transfer of billions of dollars in the Kurdish government’s oil transactions through a company in Cyprus called IMMS Ltd and he has been described as the “Billion Dollar Broker” who managed Kurdistan’s oil wealth.

Murtaza Lakhani, who has mostly spent his time in England and Canada, entered the oil industry in the 1980s as an agent for the Anglo-Swiss multinational commodity trading and mining company Glencore after trading rice and other commodities for his family business in Pakistan.

Investigation into Lakhani comes as several other oil traders in the West, including some with origins in India and Pakistan, catch attention of the authorities in the wake of reports that Venezuela and Iran continue to defy US oil sanctions with new methods.

Recently, Lakhani became the subject of scrutiny after Bloomberg termed him as the “Billion Dollar Broker” who managed Kurdistan’s oil wealth. The Pakistan origin oilman is considered one of the biggest oil traders in the world today.

Lakhani — who has a vast experience in working in the oil markets of Venezuela, Lebanon, Iraq and Kurdistan — is no stranger to controversy. He once told Financial Times: “I’m not afraid to get my hands dirty.”

More recently, a suspicious transaction worth $800 million originating from a Switzerland branch of a Russian bank went through Citi Bank in New York before being transferred to a Lebanese bank. The $800 million came from Rosneft, a Russian oil company which was giving a loan to the government of Kurdistan.

However, instead of the money going into the accounts of the Kurdish government, it went to IMMS Ltd — company registered in Cyprus and owned and controlled by Lakhani.

The registration of the company can be verified by Cyprus Registry which provides information on the companies registered in the country. The website states that “IMMS LIMITED is registered in Cyprus at 05/05/06 as a(n) Limited Company. The Registration Number for this Cyprus Limited Company as held by the Official Government of the Cyprus Registrar Of Companies is HE175991.”

The Pakistani origin oil trader used IMMS Ltd to not only transfer money for oil payments for the Vitol Group and Trafigura Group but also made payments to the Kurdish Finance Ministry as well as to companies whom the Kurdish Regional Government owed money to.

The Kurdish government clarified that they took Lakhani’s help because they had “no other viable options” and that Lakhani’s company was only a service provider.

Later on, Lakhani’s company and Lebanon’s BankMed which was the clearing agent for the billions of petro dollars were embroiled in a complex legal battle after IMMS Ltd put $1 billion for a 3 year deposit in the Lebanese Bank.

The rate of interest was decided at 10% per annum but when Lebanon faced a financial crisis, Lakhani tried to pull the money out of the bank which was blocked by BankMed. This resulted in the end of the business relationship between both parties and the cancellation of several associated accounts.

After a complex legal battle, both companies agreed to a settlement which was confirmed by a press release issued by Bank Med.

The press release stated that funds would only be withdrawn at the maturity of the contact and also included a statement by I.M.M.S Ltd that the company was fully owned by Murtaza Lakhani with no other shareholders in the privately owned firm.

Commodity analysts who work in the oil trade were bedazzled on how a single oil trader was responsible for managing billions of dollars of the oil wealth for multiple nations.

Lakhani, who is considered to have a close relationship with Vladmir Putin and the Kremlin has been embroiled in other controversies in the past.

As an agent for Glencore in Iraq during Saddam Hussain’s rule, Lakhani was investigated by United States authorities for the alleged illegal surcharges in Iraq’s Oil for Food programme. At that time, Iraq was only allowed to sell oil in this programme which was administered by the United Nations.

An investigation into the UN programme found that Murtaza Lakhani had paid over $1 million in illegal surcharges to buy oil. Upon being investigated by the UN as well as the US government, Lakhani accepted that he had received cash from Glencore, including a single transaction of $415,000 which was delivered to the Iraqi embassy in Switzerland.

Zeta Weakens After Crossing Yucatan, But Expected to Strengthen Again | Voice of America