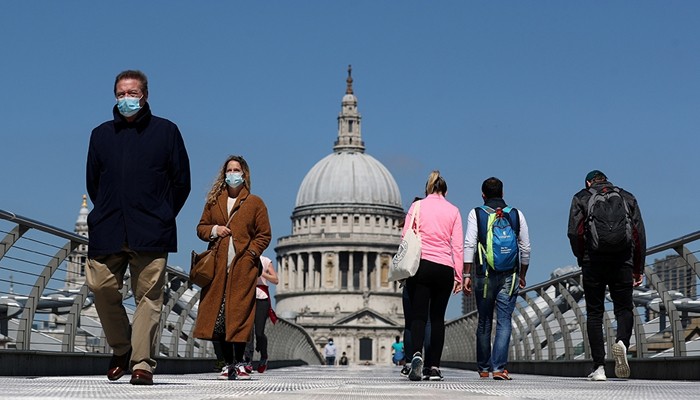 LONDON: British parliamentarians and community organisations have strongly condemned a misleading story by The Telegraph which claimed that Pakistan was responsible for 50% of the imported COVID-19 cases in the UK, based on merely 30 cases.

Labour MPs Afzal Khan and Naz Shah have written to the paper demanding the removal of the sensational story that was run by The Sun and The Daily Mail as well.

In a letter to the editor of The Telegraph Chris Evans, the Member of Parliament from Manchester Gorton Afzal Khan wrote: “I am writing to you today regarding the article published on Friday 26 June with the headline: ‘Exclusive: Half of UK’s COVID-19 infections are from Pakistan’.”

“Your choice of the headline distorts the statistics quoted and is therefore deeply misleading. If a reader were to read no further than the headline, they would be under the impression that half of all COVID-19 cases were imported from Pakistan to the UK throughout the pandemic,” he said.

The MP from Bradford West, Naz Shah, also wrote to the editor of The Telegraph and demanded that the story be retracted.

“It saddens me that despite writing to the editor of The Telegraph days ago asking for this headline to be amended, it still stands. Each moment such headlines exist, conspiracies about minority communities being a threat to this country continue,” she said.

Responding to a request for comment by Geo.tv, the writer of the story, and the Home Affairs editor of The Telegraph, Charles Hymas confirmed that he did not have any other data except for the 30 cases provided by Public Health England (PHE).

“It is based on our understanding of PHE (Public Health England) data. The only information they are providing publicly is that figure,” he said

Meanwhile, a group of Pakistani professionals under the umbrella of the UK Pakistan Science Innovation Global Network (UKPSIGN) also condemned the biased headline in The Telegraph.

The UKPSIGN said the article gave a false impression that the travel of people from Pakistan has had a significant contributory effect on the high COVID-19 death toll in the UK.

“In fact, as of May 7, 2020, the UK death toll was a staggering 50 times that of Pakistan. The Telegraph’s fake news headline seeks to counter the real facts that most early infections in the UK (which have ultimately contributed to the high UK death toll), actually came from Europe, well before June. Indeed, the highest number of cases reported in the UK were linked with people travelling from countries such as Spain (more than 33%), France (more than 28%) and Italy (14%),” the group said.

“This creates a sense of insecurity across all generations who are already struggling with [a] lack of privilege and opportunities. This kind of constant bashing of minority groups must stop. We believe that freedom of the press must be balanced with responsibilities to not create hysteria using fake sensationalist headlines (which feed into the far-right agenda),” it added.

As Monuments Fall, Confederate Carving Has Size on Its Side | Voice of America

US officers fired over photo imitating chokehold on black man

DUBAI, UNITED ARAB EMIRATES – Iran will retaliate against any country that carries out cyberattacks …