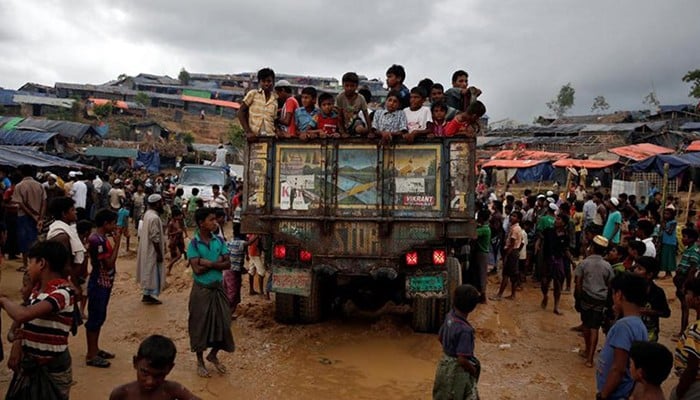 Even after criticism from the United Nations and other human rights organisations from around the world, Bangladesh has decided to relocate 2,000to 3,000 more Rohingya refugees from neighbouring Myanmar to the remote island of Bhasan Char island.

Since early December, Bangladesh has moved more than 3,500 refugees to Bhasan Char from border camps where a million live in ramshackle huts perched on razed hillsides.

Bhasan Char emerged from the sea only two decades ago and is several hours by boat from the nearest port at Chittagong. The Rohingya, a minority group who fled violence in Buddhist-majority Myanmar, are not allowed to move off the island without government permission.

“Most probably, they will be taken to Chittagong tomorrow and the next day, they will be sent to Bhasan Char from there,” Navy Commodore Abdullah Al Mamun Chowdhury told Reuters.

“Last time, we had preparations for 700 to 1,000 but finally more than 1,800 Rohingya moved there. People who moved earlier are calling their relatives and friends to go there. That’s why more people are going there.”

Bangladesh justifies the move to the island saying overcrowding in the camps in Cox’s Bazar is leading to crimes.

It also dismisses concerns of floods, citing the construction of a 2-metre (6.5 feet) embankment for 12 km (7.5 miles) to protect the island along with housing for 100,000 people, as well as facilities such as cyclone centres and hospitals.

Its actions, nevertheless, have attracted criticism from relief agencies that have not been consulted on the transfers.

“The U.N. has previously shared terms of reference with the government for the technical and protection assessments to evaluate the safety and sustainability of life on Bhasan Char, though we have not yet been permitted to carry out these assessments,” the U.N. refugee agency said in an email.

“We emphasize that all movements to Bhasan Char must be voluntary and based upon full information regarding the conditions of life on the island and the rights and services that refugees will be able to access there.”

The government says the relocation is voluntary but some refugees from the first group that went there in early December have spoken of being coerced.

Rahul Gandhi isolating at home after testing positive for coronavirus

US Ambassador in Moscow Heads Home for Consultations | Voice of America

MOSCOW – The U.S. ambassador in Moscow said Tuesday he will head home for consultations …