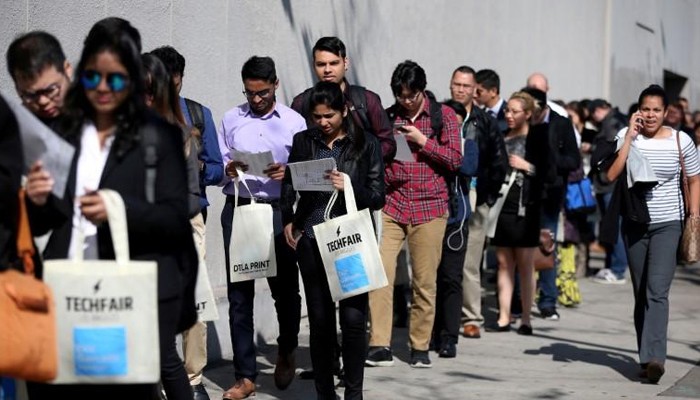 The economic shutdown caused by coronavirus sparked an explosion of Americans filing for unemployment benefits, surging to 3.3 million last week —  the highest number ever recorded, the Labor Department reported Thursday.

The normally routine report is at the frontlines of the economic crisis caused by the outbreak, which has forced widespread closures of restaurants, shops and hotels and brought airline travel to a virtual halt, prompting the stunning increase in people filing for benefits nationwide in the week ending March 21.

Nearly every state cited COVID-19 for the jump in initial jobless claims, with heavy impacts in food services, accommodation, entertainment and recreation, healthcare and transportation, the report said.

Economists had been warning about a massive increase in the jobless level, but the consensus centered around 1.5 million, which several cautioned was overly optimistic.

The US Senate approved overnight a $2.2 trillion economic rescue package that includes an unprecedented expansion in unemployment benefits to try to cushion the blow until the pandemic is under control.