How to watch Raptors vs Warriors: live stream Game 3 of NBA Finals 2019 online from anywhere 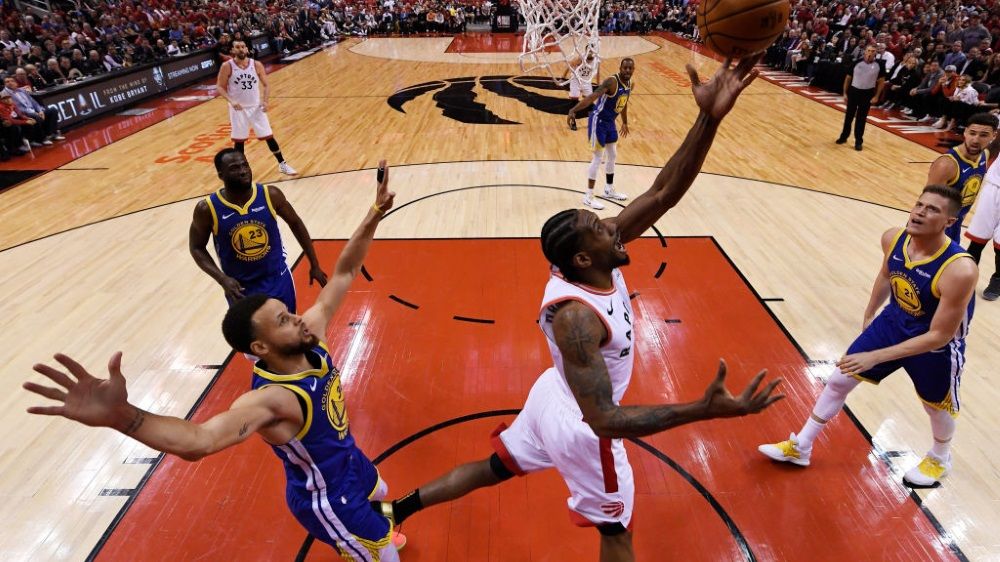 After the shock of the Game 1 loss, Golden State Warriors have squared up their seven-game NBA Finals series against the Toronto Raptors. Now the franchises travel to Oakland for the next two games – which way will it turn next? If you’re looking for a Raptors vs Warriors live stream, then you’ve come to the right place. Keep reading and we’ll show you exactly how to watch the 2019 NBA Finals online wherever you happen to find yourself in the world.

Since the Warriors are from Oakland and the Raptors from Toronto, the NBA Finals will be split between the two cities. Game 3 in the series will take place on Wednesday, June 5 at 6pm PT (9pm ET, 2am BST, 11am AEST) at the Oracle Arena in Oakland. As will Game 4 at the same time on Friday.

The Golden State Warriors, swept the Portland Trail Blazers 4-0 in the Western Conference Finals to advance to the final round.The Warriors are back in the Finals for the fifth straight season and the team will be shooting for their third title in a row. If they can pull it off, they’ll be the first team to three-peat since the Los Angeles Lakers pulled off the feat back in 2002. And the likes of Steph Curry and Klay Thompson came up big in Game 2 – who needs Kevin Durant anyway!?

For the first time in franchise history, the Toronto Raptors have advanced to the NBA Finals. The team may have lost two games to the Milwaukee Bucks in the Eastern Conference Finals but thanks to a run led by Kawhi Leonard, the Raptors managed to win Game 6 and earn themselves a spot in the Finals. He really is their key man and he’ll be desperate to unlock an NBA Championship crown.

Whether you’re rooting for Golden State or Toronto, we’ll show you how to tune into all the action either on your TV or online. Get the info you need in this Raptors vs Warriors live stream guide.

Living in the US, UK or Australia and want to catch the Raptors vs Warriors? Scroll further down the page and we’ll explain how to watch a 2019 NBA Finals live stream, whether or not you have cable.

But if you can’t watch because you’re not in your home country and so your coverage is geo-blocked then we can suggest a clever alternative (and no, it doesn’t involve finding some dodgy feed on Reddit). Using a VPN – or Virtual Private Network – you can change the IP address to one in a different state or country which does have the stream so that you can watch the series from anywhere in the world. The process is very straightforward…

We’ve tested all of the major VPN services and we rate ExpressVPN as the absolute best. It’s compatible with all of your devices, supports most streaming services and ranks amongst the fastest. You can even install it on devices like an Amazon Fire TV Stick, Apple TV, Xbox and PlayStation. So for a one-stop shop, you can’t go wrong with Express – but there are more fantastic VPN options out there as well:

1. Express VPN (comes with a 30 day money back guarantee) This is the #1 rated best VPN in the world right now. You can watch on many devices at once including Smart TVs, Fire TV Stick, PC, Mac, iPhone, Android phone, iPads, tablets etc. You can try it out for a month for free and, if you like it, get 15 months for the price of 12. Check out Express VPN
2. NordVPN: SmartPlay tech makes NordVPN a great, affordable choice for streaming
3. IPVanish: supports up to 10 devices, so great on the go

From there, you simply open the VPN app, hit ‘choose location’ and select the appropriate location – it’s super easy to do. Choose any country showing a Finals live stream and watch as if you were in that country.

Watch the NBA Finals on TV in the US

If you’ve already signed up for an NBA League Pass then we’re afraid that won’t help you get a live stream of the Raptors vs Warriors. The NBA’s own streaming service doesn’t show any NBA Finals games live online. The best it can do is to show the games on replay three hours after they air on TV.

To watch on TV then, ABC is your only option as the network has secured the rights to broadcast the NBA Finals live.

We wish watching the NBA Finals was easier on TV but you can get around network exclusivity deals by opting for a streaming service that gives you access to every channel showing the playoffs and all of which coming with some kind of free trial.

How to watch the Warriors vs Raptors in the UK

Basketball fans in the UK will be able to tune into the NBA Finals on Sky Sports. The service will air the majority of the Warriors vs Raptors games at 2am BST.

When it comes to streaming basketball online our first choice is NBA.com.  With the NBA League Pass you you can watch hundreds of Live and On-Demand games on all of your favorite streaming devices including Apple TV, Chromecast, Roku, Amazon Fire TV, Xbox, Playstation and even on mobile. It costs £39.99, and will give you access to all remaining NBA games live.

And if you find yourself outside the UK at any stage during the playoffs then don’t forget that you can always use a VPN to change your IP address back to the UK and watch any of these streaming services as if you were back at home.

How to get an NBA Finals live stream in Australia

If you’re up for a bit of morning NBA watching Down Under (the games are due to start at 11am AET), there are plenty of options on TV and online.

If you have Fox Sports, then you’ll want to turn to channel 508 for the ESPN channel.

If it’s a phone or laptop you’d sooner watch from, then there’s the ESPN Player instead. Or you can live stream NBA action via the Kayo Sports streaming service, which features no lock-in contracts and also includes access to over 50 sports, both live and on demand.

The Foxtel Now and Kayo Sports apps means you can access this from your chosen device wherever you are (although you’ll need a VPN if you’re taking that abroad).

The Grand National is the biggest event on the UK horse racing calendar, but sadly …