Breaking News
Home / Technology / How to watch Lance online: stream the 30 for 30 documentary from anywhere

How to watch Lance online: stream the 30 for 30 documentary from anywhere 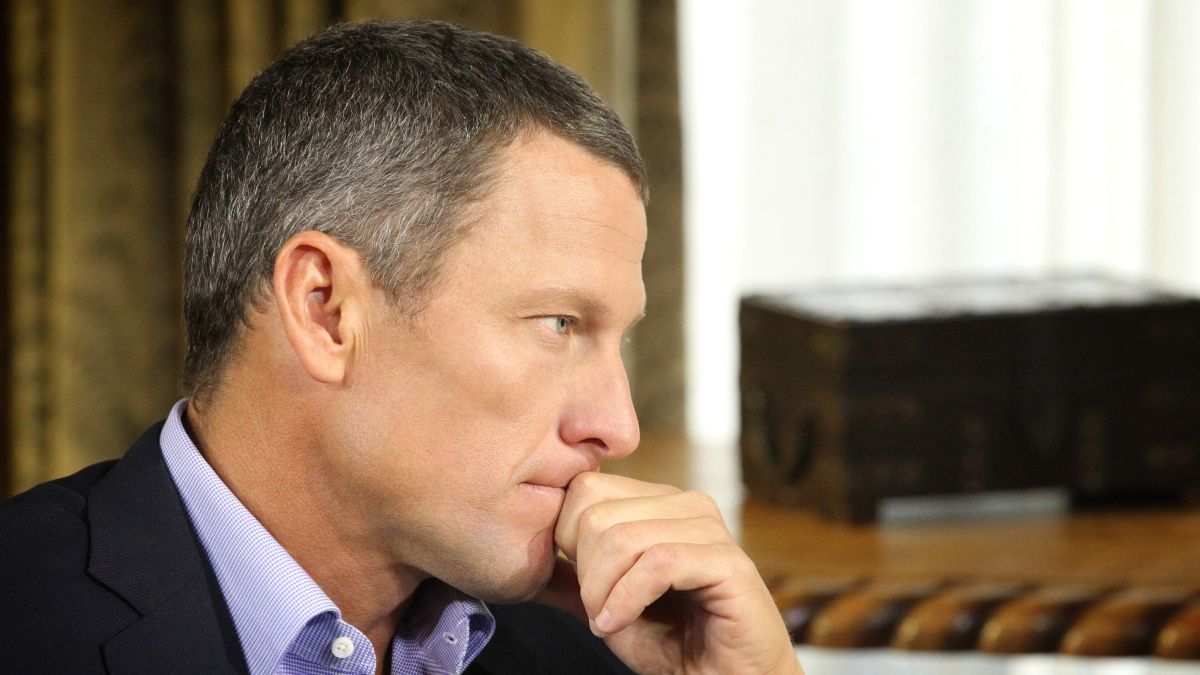 After The Last Dance put the legacy of Michael Jordan and the legendary 90s Chicago Bulls under a microscope, ESPN’s latest documentary hones in on an elite athlete even more polarizing than MJ – controversial cyclist Lance Armstrong. Can there possibly be another side to one of the biggest doping scandals in sports history? Watch Lance online and stream the 30 for 30 documentary to find out.

The final part of this two-part documentary aired on Sunday, May 31 on ESPN, so can be streamed online without cable using Sling TV – for ESPN, it’s the Sling Orange package you need.

The documentary is part of ESPN’s 30 for 30 series, which was launched in 2009 to help celebrate the network’s 30th year and provides an in-depth insight into some of the most compelling sports stories of all-time.

American film maker Marina Zenovich is behind the lens for Lance, having previously directed the Fantastic Lies instalment of 30 for 30, about the 2006 Duke lacrosse scandal. She’s also made critically-acclaimed biopics on Robin Williams, Richard Pryor and Roman Polanski.

Lance is based on a series of interviews conducted between 2018 and  2019, with Armstrong as defiant as ever about his seven Tour de France ‘wins’ – which as you probably know, he was unceremoniously stripped of for doping.

While it’s rare to see to Armstrong talk at such length about the scandal, the facts of the matter remain the same and the biggest takeaway is once again how widespread doping was on the Tour during Armstrong’s era.

Also contributing to the doc are Armstrong’s former teammates and rivals, so rest assured nothing is going to be sugar-coated. Without further ado, here’s how to watch Lance online and stream the 30 for 30 documentary no matter where you are in the world right now.

How to watch Lance online: stream the documentary the US

ESPN aired the two-part doc on linear TV on Sunday, May 24 and Sunday, May 31 at 9pm ET/PT. As with The Last Dance, two versions will be shown simultaneously – an unedited version on ESPN and a version edited for profanity on ESPN 2.

As it’s being shown on ESPN, this means cable subscribers can watch it on the network’s website, while anyone else can get access to ESPN with an over-the-top service like Sling TV.

Sling includes ESPN as part of its Orange package and costs just $30 a month – reduced to $20 for the first month thanks to a limited-time offer. That not only includes ESPN, but also other stations as diverse as CNN, Comedy Central, TNT and the Food Network.

After it has aired on ESPN, it will also stream on the ESPN+ platform.

How to watch Lance when away from your country

As we’ve just explained, its really straightforward for anyone in the US to watch Lance on ESPN, and there’s more on watching in the UK and Australia below.

But for folk elsewhere, it may not be quite so simple. In some countries, you can buy access to ESPN Player, but in others geo-blocking restrictions will stand in your way.

This is especially annoying when you’re from the US and would normally be able to access ESPN back home. Fortunately, there is a solution in the form of a VPN. This nifty bit of software changes your IP address so that you can access all the content you normally would at home – just from anywhere in the world.

Note that you may be required to verify your credit card or cable subscription details before gaining access to some ESPN streams, so have these to hand to make watching Lance as easy as possible.

While there are hundreds of VPNs to choose from, we always recommend ExpressVPN. As well as being fast, simple, and straightforward to install, it’s also compatible with a whole host of devices – Amazon Fire TV Stick, Apple TV, Xbox, PlayStation, iOS and Android to name some of the main ones.

Plus, ExpressVPN’s flexible 30-day money back guarantee is difficult to argue with. Even better, you can purchase an annual plan for a 49% discount and 3 months extra FREE – a brilliant offer for an essential bit of software.

Once installed, select the location of your home country and simply click connect to watch Lance from anywhere on earth.
View Deal

How to watch Lance online in the UK

BT Sport is the place to watch the ins and outs of the Lance Armstrong sage in the UK. Both parts have now been broadcast, but you can catch it on the service’s website if you’re a subscriber.

And don’t forget that you can now get BT Sport without a massive commitment. The new £25 Monthly Pass is simply superb value for access to this documentary, all UFC live streams and much more.

How to stream the Lance Armstrong doc in Australia

ESPN is the destination Down Under and streaming service Kayo Sports is ESPN’s key sports streaming partner that you can watch on.

Kayo’s basic plan costs just $25 a month and lets you stream on two screens, while Premium is a mere $35 a month for simultaneous viewing on up to three devices.

Of the two, Kayo Sports Premium represents the best value as it offers multi-screen support – which means you can effectively split the price of a monthly subscription between friends or family and pay less.

Kayo also lets you watch a load of other great sports, not least offering an NRL live stream for every match of the 2020 season. There’s even a free 14-day Kayo Sports trial on offer, so you can check it out for yourself without committing a penny, and its app works across PCs, Macs, smartphones, tablets, select smart TVs and more – console support is the only obvious outlier but it’s said to be “coming soon”.

Source Link: How to watch Lance online: stream the 30 for 30 documentary from anywhere

Share
Previous LHC grants Shehbaz Sharif pre-arrest bail in assets beyond means case – Pakistan
Next ‘The Donkey King’ on Geo TV is the most watched television premiere in the history of Pakistan!

Dell has the cheapest AMD Ryzen 5 laptop right now, but watch out!

Fire Breaks Out at Iranian Power Plant | Voice of America

DUBAI, UNITED ARAB EMIRATES – A fire broke out at a power station in southwestern …