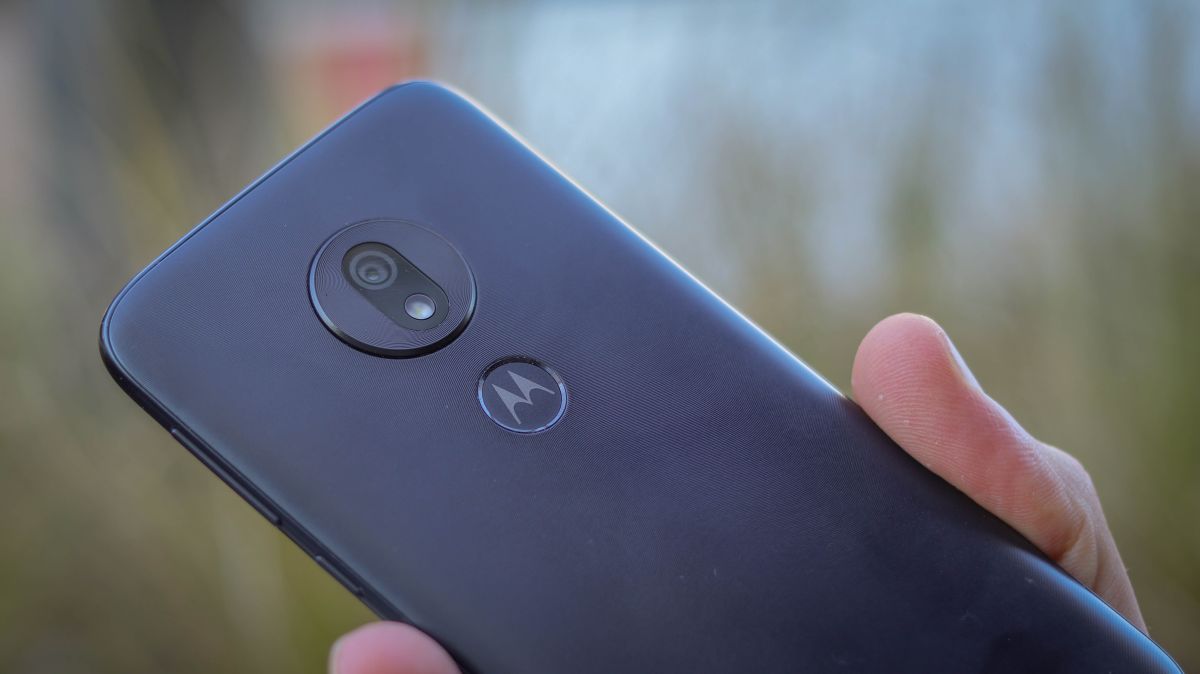 These snaps come from Brazilian site Tudocelular, and they show the front and back of the handset. Admittedly that’s not a lot to go on, but luckily Motorola puts sleeves on its handsets with plenty of information, so there’s actually a lot of information.

We were expecting to see the Moto G8 smartphones launch at the beginning of 2020, ahead of MWC 2020, but new rumors are pointing to a much earlier October 24 release date. The number of leaks we’ve been seeing suggest this could actually be the case.

Motorola has a lot on its plate right now. Between the Moto G8 series of (what we’re expecting to be) four smartphones, the Motorola One Macro which is awaiting a global rollout, and the foldable Motorola Razr which is slated for a November 13 unveiling, there are set to be plenty more Moto phones out by Christmas.

What are these Moto G8 Play specs?

The most intriguing feature of the Moto G8 is that it looks set to have three rear cameras – the Moto G7 Play only had one, so three is a surprisingly big showing for the budget device of the range. The Moto G8 Plus leak suggested it’ll have three snappers too, so if these are to be believed the distinction between these devices will be less.

One of these will be the main camera, which is set to be 48MP on the Moto G8 Plus but will likely only be 13MP on the Moto G8 Play, matching the single shooter on the G7 Play. This will definitely be joined by a sensor with an ultra-wide lens, which is detailed on the box, but the third lens is unclear. It could be a telephoto lens, or perhaps macro or a depth sensor.

On the front of the Moto G8 Play there’s set to be an 8MP selfie camera, which is what we saw in the Moto G7 Play. This sits in a fairly large notch – it’s not huge, and is smaller than the G7 Play’s, but it’s also not as small as other smartphones might have.

The screen is set to be a 6.2-inch HD+ display, which is quite a surprise, since the Play has often been the smaller of the Moto G range – the Moto G7 Play was only 5.7 inches.

The phone looks set to run on a 4,000mAh power pack, which again is much bigger than the 3,000mAh in the G7 Play. With a capacity that high, the Moto G8 Play looks set to rival the expected Moto G8 Power in terms of battery size (unless that gets a boost too).

In terms of design, the handset doesn’t actually look that much like the Moto G7 Play, but it looks a lot like the Moto G8 Plus render we saw. There’s a smaller notch than before, a higher rear-mounted fingerprint sensor, and no circular central camera bump. Instead, the cameras are vertical down the side of the device.

From the leaked images, it looks like the Moto G8 Play could be way more advanced in terms of specs than the Moto G7 Play – which, lest we forget, was the most ‘budget’ of an already-affordable line of handsets. Does this mean the price could see a healthy bump up too? We’ll have to wait until October 24 to find out, if that is indeed when we find out about the Moto G8 handsets.

Source Link: Even the most budget Moto G8 phone is set to have a surprisingly advanced camera

Share
Previous Resumption of Pakistan-India cricketing ties not in my hands: Ganguly
Next Diana Edulji, Shantha slam BCCI for not following due process in appointments of India women’s cricket team

Google Maps is making commute easier than ever – here’s how