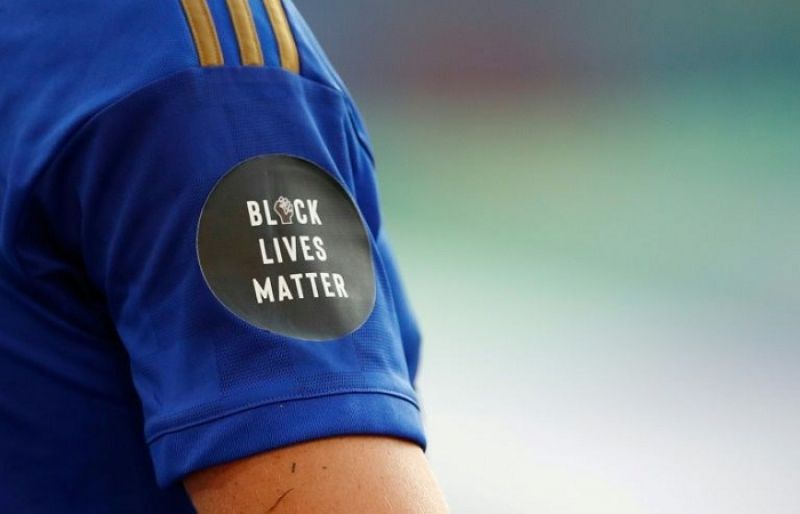 Premier League soccer clubs have been wearing the logo since the season’s restart as a tribute to protests against racial injustice following the death of a Black man, George Floyd, who died in police custody on May 25 in Minneapolis.

The same logo will be used on the shirts, which is designed by Alisha Hosannah, whose partner Troy Deeney is the Watford football club’s captain. Deeney was contacted by CWI for approval and the ICC gave permission for the emblem to be worn on the teams’ collars.

“We believe we have a duty to show solidarity and also to help raise awareness. This is a pivotal moment in history for sports, for the game of cricket and for the West Indies cricket team” West Indies skipper Jason Holder said in the statement.

“We have come to England to retain the Wisden Trophy but we are very conscious of happenings around the world and the fight for justice and equality,” he added.

“Alisha and I are immensely proud to be asked and take part in a monumental moment in world sport, this amazing decision by the West Indies cricket team to show their support for Black Lives Matter,” Deeney said.

“When I got the call, I didn’t hesitate to respond, because I know as sportspersons in the spotlight, how important our efforts are to bring about change and the role we play in move towards change in our society,” he added.

It must be noted that West Indies is in England to play three Tests series. The first Test will be played in Southampton.

Share
Previous Organic Meat’s IPO Tuesday: are its shares worth your money?
Next After debates and amendments, NA passes Finance Bill 2020-21 – Pakistan