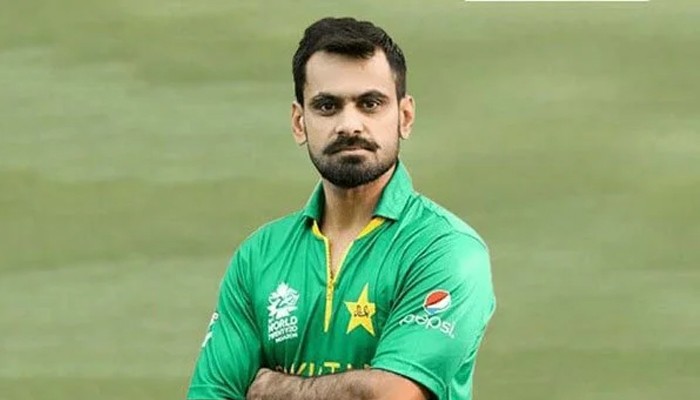 KARACHI: Cricketer Mohammad Hafeez’s sixers have drawn widespread applause from fans of the sports across the world, with the Pakistan Super League’s (PSL 2021) official account terming them “ballistic”.

Hafeez wowed the audience with a spectacular inning Monday evening alongside opening batter Fakhar Zaman, smashing 73 off 33 balls with the help of five fours and six spectacular sixes, as the Lahore Qalandars easily chased the target handed to them by the Quetta Gladiators.

The strike rate of the cricketer, nicknamed ‘The Professor’ for his “inquisitive nature and understanding of cricket,” was an impressive 221.21.

In an Instagram post, the PSL 2021 was all praises for Mohammad Hafeez and his unbelievable shots during the match between Lahore Qalandars and Quetta Gladiators Monday evening.

“Can we ask NASA to help trace where that ball went? Hafeez went ballistic,” the PSL’s official account wrote, sharing a video of one of the all-rounders’ sixers.

Interestingly, in a light-hearted moment, Gladiators’ Chris Gayle expressed his wish to have his hands on Hafeez’s bat after the match ended. To which, Hafeez told the West Indies player that he did not have muscles like him and that he needed to improve his game to get to where Gayle is.