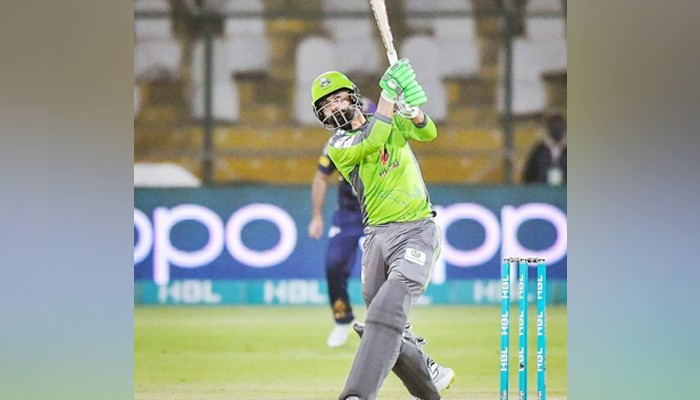 “The Professor” Mohammad Hafeez played a spectacular inning on Monday alongside opening batsman Fakhar Zaman to lead the Lahore Qalandars to a smooth victory against Quetta Gladiators.

Hafeez smashed 73 off 33 balls with the help of five fours and six spectacular sixes during the inning. The Professor’s strike rate was 221.21.

The Gladiators, despite their impressive 178-run target, failed to restrict the Qalandars.

After the match ended, Gladiators’ Chris Gayle wanted to have his hands on Hafeez’s bat. Responding to this, Hafeez said that he told the West Indies player that he did not have muscles like him and that he needed to improve his game to get to where Gayle is.

Fakhar Zaman (82) and Sohail Akhtar (21) got them 64 runs for the opening wicket before Hafeez’s scintillating innings of 73 off just 33 balls made sure that Lahore got the job done with 10 balls and nine wickets to spare.