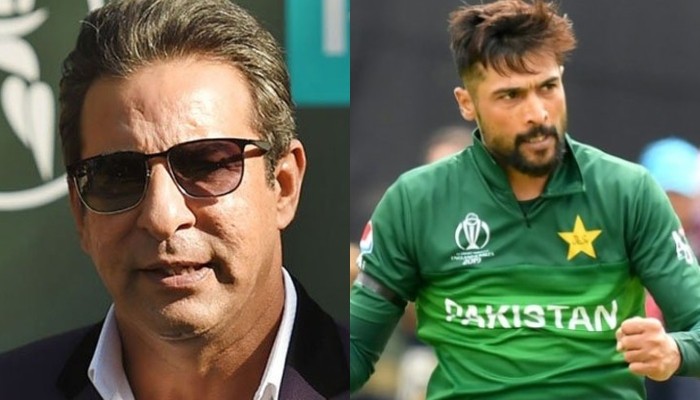 Cricket legend Wasim Akram on Friday pinpointed Test retired Mohammad Amir for the national team’s struggles in the first Test match in the ongoing series against Australia, according to  Fox Sports.

From not being out for 75, to four for 78 and then all-out for 240, the Men in Green had a topsy-turvy innings in the opener.

The former cricketer highlighted that the problem was rooted from the lack of well-seasoned bowlers.

“What really happened was two of our premium bowlers just retired from Test cricket,” said Akram.

Furthermore, the former cricketer criticised both Amir and fast bowler Wahab Riaz’s decision to retire from Test cricket before the Australia tour citing that great time and effort had been spent to train the fast bowlers.

“Wahab Riaz, I’m all for him, he’s 35 years of age, OK he retired from Test cricket, fair enough. But Mohammad Amir, the Pakistan board and the whole country invested five years in him,” he said.

Akram added that had he been in charge of cricket affairs, he would not have offered Amir a central contract based on his noncommittal.

“He’s 27 and he’s retired from red ball cricket. If I was the Pakistan Cricket Board, I wouldn’t have given him a central contract because he retired a month ago,” Akram said angrily.

The former Pakistan captain stated that the two retired bowlers chose to opt for the easy way out and prioritised monetary benefits over playing for their country.

“Both of them knew this tour would be difficult and white ball (cricket) is easy, they thought they’ll play leagues around the world and make money.

“I’m all for financial gain, but most of the time the country should come first

“Amir should have come here and played a Test series and then maybe next year retired. That’s the problem Pakistan had,” he concluded.

Remaining PSL 2020 matches to be played in Pakistan, not UAE: PCB

The PSL governing council, in its last meeting, had rejected the proposition of staging the …