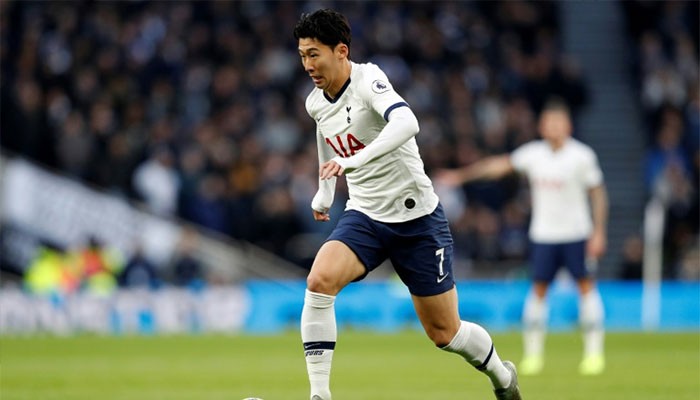 Son Heung-min said he and his Tottenham Hotspur team-mates would have to work hard because he did not like experiencing the pain he felt following Wednesday’s 2-1 defeat by Manchester United.

The 27-year-old Korean star gets his chance to bounce back on Saturday at home to Burnley.

United´s victory was the first loss for Son and Spurs since Jose Mourinho replaced Mauricio Pochettino, who was sacked a fortnight ago due to Spurs lacklustre campaign so far.

“I hate to lose any single game,” said Son after the match.

“It doesn’t matter against who or which team. It doesn’t feel nice. I feel hurt and pain.

“This kind of game against big teams like United or City you want to win.

Son, though, disagreed with Dele Alli — who has been rejuvenated since Mourinho´s arrival — denying it was a wake-up call and Spurs mini-revival was a false dawn given they had not played top rank opposition till United.

“We are doing everything the same.

“Of course, it´s very disappointing and very sad about this result, but it´s not time to be disappointed or sad because we have another game in three days.

“We have to carry on and work hard. It´s important to don´t think about these kinds of things and to look forward to another game.”

Son, whose own season has been a turbulent one bursting into tears at the tackle which led to an horrific fracture dislocation of a right ankle for Everton midfielder Andre Gomes in early November, said he is enjoying working with Mourinho.

The Portuguese handler has said he is “in love with that guy (Son)”.

“I have a good relationship with the gaffer (manager),” said Son.

“I´m looking forward to working with him.

“It will be better and I look forward to working with him. It´s an honour to work with this manager.”