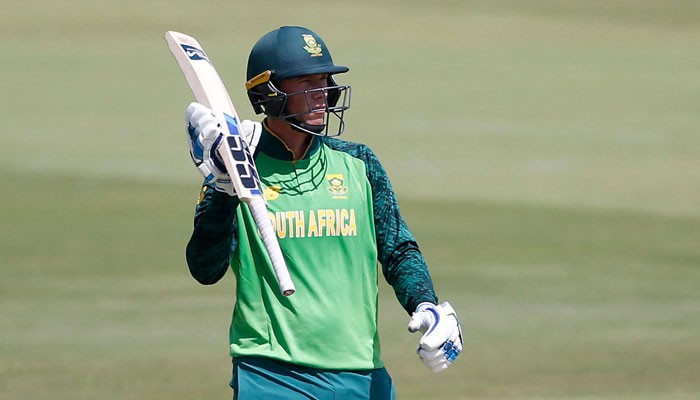 In another blow to the Proteas, South African batsman Rassie van der Dussen has been ruled out of the final ODI against Pakistan after he sustained an injury, announced the country’s cricket governing board.

“Rassie van der Dussen has been ruled out of the Betway ODI series decider after suffering a grade one left quadriceps muscle strain,” announced Cricket South Africa with just minutes before their clash against Pakistan.

Van der Dussen’s exclusion is a major blow for the South Africans as he was the home team’s highest scorer with 183 runs so far in the series.

The blow is more devastating for the South Africans as the home side had already lost five key playersfor the final ODI — Quinton de Kock, Kagiso Rabada, David Miller, Anrich Nortje and Lungi Ngidi — who left the national squad to participate in the Indian Premier League scheduled to begin on April 9.

The three-match series is currently leveled at 1-1 with the final encounter set today at 1pm (PST).