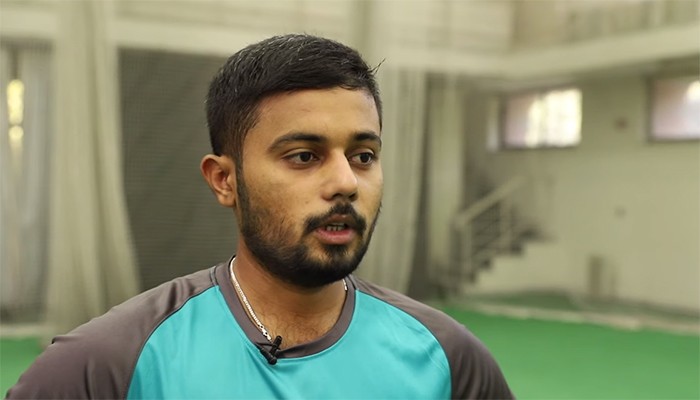 Saud Shakil, the captain of Pakistan for the upcoming ACC Emerging Teams Asia Cup, has said that his side has everything needed to play “aggressive cricket” and win it all in the tournament.

“It is certainly an honour for me to be leading Pakistan and I look forward to the tournament. Our side comprises quality players and strikes right balance in every department. We have all the ingredients to win the tournament. We aim to play aggressive cricket,” Shakil, 24, is quoted as saying in a press release issued by the Pakistan Cricket Board (PCB).

Ahead of the responsibility of leading the side in Bangladesh, Shakil acknowledged his local mentors as well as a foreign role model whom he idolises.

“I have grown up idolising Kumar Sangakkara and he is my favourite player,” the Karachi native said. “I have learnt a lot from Sindh captain Sarfaraz Ahmed and Asad Shafiq. They have been great mentors for me this season.”

“I have played under the coaching of Ijaz Ahmed in the past,” he said. “He backs the players and allows them freedom to express themselves.

Shakil, who bats but can also bowl left-arm-spin, represented Pakistan U19 team in 2013 after a string of impressive performances in the national U19 circuit.

He started his first-class career two years after playing U19 cricket. In 35 matches in the red-ball format, the southpaw has scored 2,099 runs at 43.72. His tally already includes six centuries and 12 half-centuries with his highest score being 121.

His spin bowling has earned him 16 and 23 wickets in his first-class and List ‘A’ career respectively.