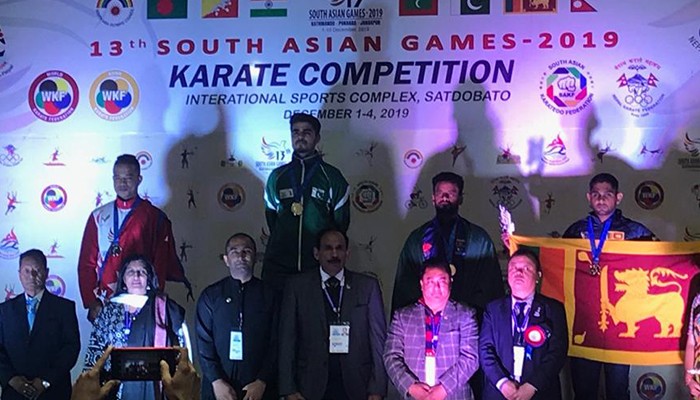 According to information received here from Kathmandu, Pakistan’s Shahida Abbasi won the first Gold medal for Pakistan in women’s individual Kata with 42 points.

Mohammad Awais won the second gold medal for Pakistan in the regional sports extravaganza when he overpowered his opponent to win gold medal men’s -84kg competition.

In the Tennis team event, Pakistan defeated Sri Lanka in the quarter-final to qualify for the semi-final where it will face Bhutan.

For Pakistan, Aqeel Khan and Aisam ul Haq won the singles competition while Abid and Muzamil won doubles’ contest to make it 3-0.

Women team got the bye in the first round, it will play Sri Lanka tomorrow.

Pakistan’s volleyball team will compete for Gold medal tomorrow in final against India.