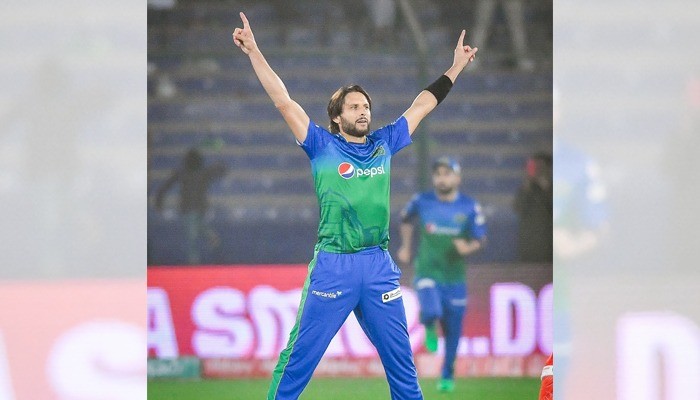 KARACHI: Just when you thought former Pakistan cricketer Shahid Afridi was getting too old for the sport and the cricket in him might be fading, the all-rounder proves you wrong.

The leg-spinner recently took two wickets for the Multan Sultans in their PSL 2021 fixture against the Islamabad United on Sunday night. Though the Sultans ended up losing the game, it was Afridi  who impressed all.

The cricketer notched up two important wickets of hard-hitters Alex Hales and Asif Ali, bowling the former and getting the other catch out.

However, it was Afridi’s run out that impressed all on social media and generated praise from fans and critics alike.

Islamabad United were 74-4 at the end of the 11th over when Afridi bowled to Talat Hussain, who hit the ball to his leg side and attempted a run.

With no other fielder nearby, the 40-year-old sprinted forward, grabbed the ball and took a shot at the stumps, sending them flying as Islamabad United’s Iftikhar Ahmed remained short of the crease.

Ecstatic at the result, Afridi pumped his fist into the air before his teammates huddled around him.

Islamabad United, who lost a flurry of wickets early on, were able to pull off a thrilling win at the end courtesy a stellar knock by Lewis Gregory, who scored 49 runs from 31 balls.