Shaheen Afridi adds another feather to his cap 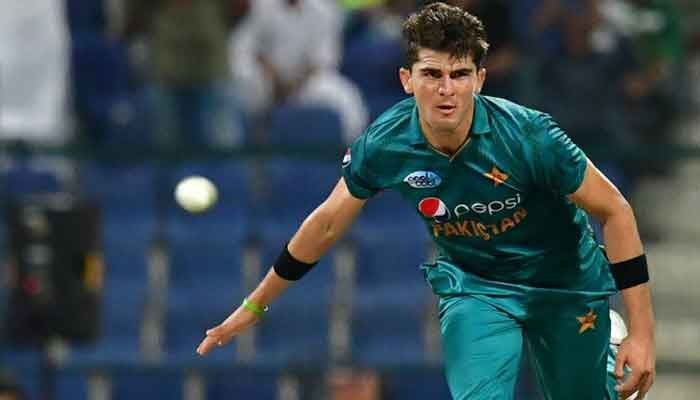 Pakistan’s pace sensation Shaheen Afridi on Wednesday added another feather to his cap when he became the joint-fastest Pakistani bowler to 50 ODI wickets.

The impressive feat by the left-handed pacer, who only a couple of days ago celebrated his 21st birthday, took him only 24 matches.

Hassan Ali is the other Pakistani bowler who also took his 50 ODI wickets in only 24 matches.

In the first match, he took two wickets and gave away 61 runs. In the second match, he conceded 75 runs and took just one wicket.

Pakistan beat South Africa by 28 runs on Wednesday to clinch the Betway series 2-1, after the Proteas failed to reach the 321-run target.

South Africa had gone down but they put up a good fight — as losing five key members to the Indian Premier League (IPL) didn’t work out well for the Proteas.

Aiden Markram and Janneman Malan opened the innings for the home side, while Shaheen Afridi and Hassan Ali shared the new ball for Pakistan.

After the pair had provided the Proteas with a half-century stand, Shaheen struck, producing an edge off of Markram’s bat, with the ball safely finding its way into the gloves of Sarfaraz Ahmed.

JJ Smuts contributed 14 before getting bowled by Usman Qadir, with the score at 77-2.

A few overs later came the eventful 23rd over by Mohammad Nawaz. The left-arm spinner first trapped Malan (70) in front of the wickets before bowling out Bavuma (20) in the same over to reduce South Africa to 128-4.

Nawaz struck for a third time in the 28th over, trapping Heinrich Klaasen in front of the wickets with score at 140-5.

Then came a 108-run partnership between Kyle Verreynne and Andile Phehlukwayo that made things interesting and gave South Africa some hope.

But Haris Rauf removed Verreynne (62) in the 44th over as South Africa went six down with 248 on the board.

In the very next over, Phehlukwayo (54) vanished as well, exposing the Proteas tail.

Beuran Hendricks became Rauf’s second victim of the day, nicking a wide down the leg side delivery back to Sarfaraz.

Keshav Maharaj’s stroke-filled 19 was cut short by Shaheen, who bowled him out.

Shaheen hit the bulls eye again in the next over, taking his third wicket of the match.

Source Link: Shaheen Afridi adds another feather to his cap