Security a concern everywhere, not just in Pakistan: Sangakkara 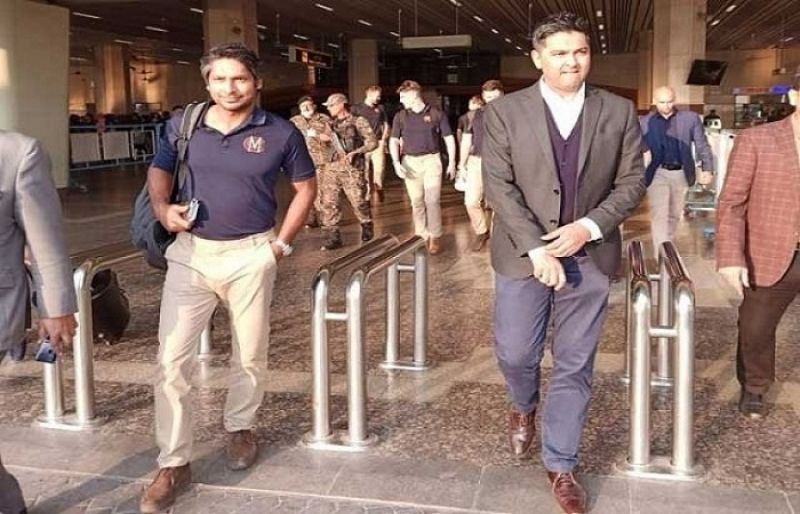 Former Sri Lanka captain and Marylebone Cricket Club (MCC) President Kumar Sangakkara on Thursday said that security is a major concern everywhere in the world, adding that the steps that have been taken in Pakistan over the past few years have instilled great confidence in cricketing nations.

Sangakkara will be captaining the club’s 12-man squad in the Feb 13 to 19 tour during which the visitors will play both 20 and 50-over match fixtures against four teams — Lahore Qalandars, Pakistan Shaheens, Northern, and Multan Sultans. All the matches will be held in Lahore.

Addressing a press conference alongside Pakistan Cricket Board (PCB) Chief Executive Wasim Khan in Lahore, the MCC president said it had been 47 years since the club last visited Pakistan and 10 years for him personally.

“The more times that international teams tour, the stronger that message becomes. The MCC is here because one of our core philosophies […] is that the spirit of cricket transcends most barriers that sometimes keep nations and people apart.

Sangakkara also underlined the importance of holding international cricket matches on home ground, adding that that this ultimately contributes towards the “global game”.

“A tour to Pakistan has been under discussion for some time, but it was seeing Khan’s enthusiasm, the arrangements and the improvements that have been made, that was an eye opener.

“For me personally, I have immensely wonderful memories of playing in Pakistan, especially Lahore,” he maintained.

“I was taken to see the name boards that underscore the hundreds that both domestic and international players have scored here and it [ultimately] underlines the importance of cricket being played at home and in your home country.

“For a lot of Pakistani players that are becoming great in their own right for them to be unable to play cricket at their home grounds, in front of their home fans and to [not] have their names go up [on boards] and be recognised is a real shame.

“But slowly cricket is coming back, Sri Lanka was one of the first teams [to come back]. As a Sri Lankan and as president of the MCC, I am so happy we are able to do our part to try and encourage countries to look at Pakistan as one of the best cricketing destinations. It has been that in the past and I am sure it will be that very soon.

“Cricket goes a long way in engaging people from different countries. In 1996, when Sri Lanka was in need of assistance, the unified front the cricketing nation showed to play in the country. For us on this tour, it is about spreading that message, and the gospel of the MCC and supporting Pakistan on its great journey back,” he said.

“The MCC is very competitive, we are here to play some good cricket and to win some games. It’s great that we have some tough oppositions to play against,” he reiterated.

“Cricket belongs to everyone. Players play and for them to have that support you need to have the fans. You need to have an underpinning of young children being inspired to take up the game. If there is no home cricket for a very long period of time, there is a danger that the hunger [for the game] might go away.”

The more cricket you play at home, the more times young fans can see their players in action. That is wonderful for the game and for the country and for the global game, he stated.

“We should not lose sight of the importance. Pakistan’s strength, in the big picture, is having global cricket in a healthy and strong state. The MCC tour is a part of this puzzle,” he said.