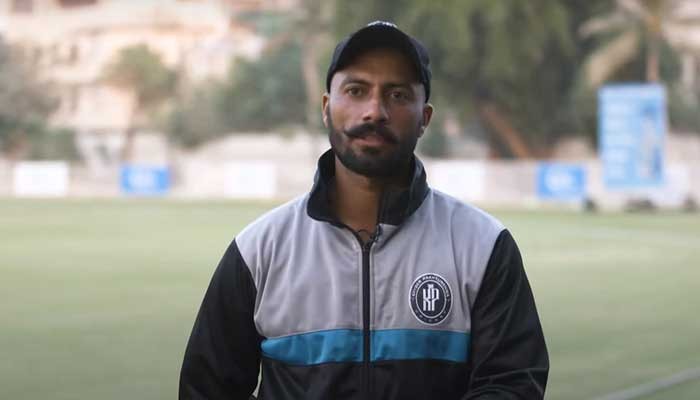 KARACHI: Off spinner Sajid Khan — one of the 8 uncapped players named by Pakistan selectors for the series against South Africa — believes that one can be a good off spinner, without having the ability to bowl a “doosra”, adding that he has enough varieties to become one of the best.

Speaking to the media via an online conference, Khan said that to be a successful bowler you need to have different varieties to trouble batsmen.

The 27-year-old is currently among the most successful off spinners in Pakistan’s domestic circuit.

“You can still be a good off spinner without bowling [the] doosra,” he said.

“There are many off spinners who’ve various varieties and have been bowling well without bowling doosra,” Khan added.

“Doosra” is a variation for off spinners in which the ball spins in the opposite direction to an off break causing confusion among batsmen. The strict ICC rules around arm bending have made it almost difficult for off spinners to bowl a doosra delivery.

However, Khan remains unfazed and focused on his goals.

Replying to a question, the leading wicket taker of the recently concluded Quaid-e-Azam Trophy said that he follows Saqlain Mushtaq as an off spinner and Mohammad Hafeez as an all-rounder who can bowl off spin and bat as well.

“I also watch videos of Nathan Lyon and Graeme Swann to learn the art,” said the 27-year-old.

Khan is among the 20-member squad named by PCB’s selection committee for the Tests against South Africa and for him even being named in the 20 is a big reward.

He expressed delight over giving domestic performers a reward by an opportunity to play for Pakistan.

“I am happy and thankful that domestic performers have been rewarded with call in national squads. It is an honor for me to be named among 20 players. It will motivate others as well to do well in domestic cricket,” Khan said.

Read more: Inzamam-ul-Haq says Test team selection carried out with ‘no vision at all’

“I was first shocked when I heard that I am included in the team. I don’t have words to explain how it felt when I got the news,” recalled the off spinner.

“But, even if I don’t get there, I am happy and honored that I am among 20 selected from a population of 200 million and I will be praying for team’s success,” he said.