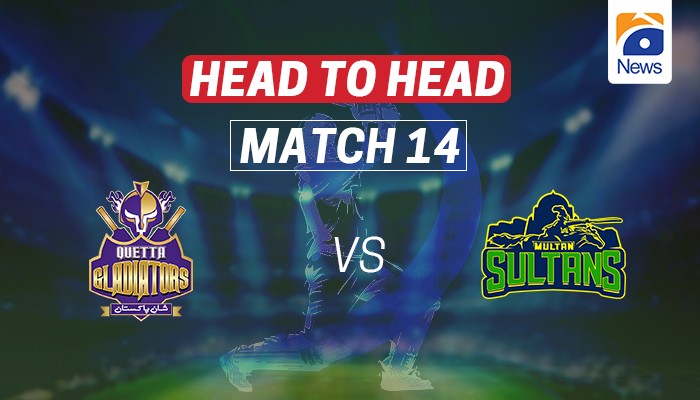 KARACHI: Sarfaraz Ahmed-led Quetta Gladiators, who remain win-less, will look to win a match today when they take on Multan Sultans in match number 14 of Pakistan Super League (PSL) 2021 today.

Quetta, the champions of PSL’s 2019 edition, are currently placed at the bottom of the points table and have yet to win a match — they were beaten in all four games they’ve played so far.

Multan are also struggling to find the form. They won just one game — against Lahore Qalandars — in the four matches they’ve played. They are also desperate to improve their position on the points table before the next leg.

Moreover, of the five games played between the two sides, so far, Gladiators have won 3 while Sultan won 2.

The toss, as in all previous games, is going to be crucial, once again and the team winning the toss is likely to opt for the field.