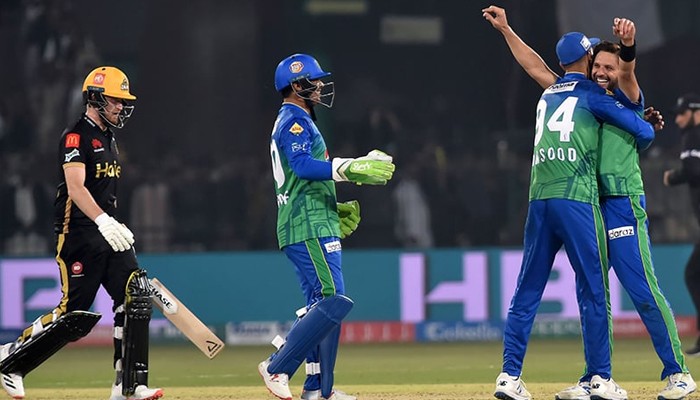 The match will begin at 7:00pm and take place at Karachi’s National Stadium.

Zalmi, led by Wahab Riaz, lost to Lahore Qalandars by four wickets in their opening match as they struggled with the bat with three of their top four going back to the pavilion with single-figure scores.

The Sultans, on the other hand, lost to the Islamabad United by three wickets on Sunday night. Mohammad Rizwan continued batted well but his runs were not enough for his side to edge past Islamabad as late firepower by Lewis Gregory took United ahead of Sultans. It was the Sultans’ fourth loss in a row in the PSL.

Live updates of the match will appear below the line.