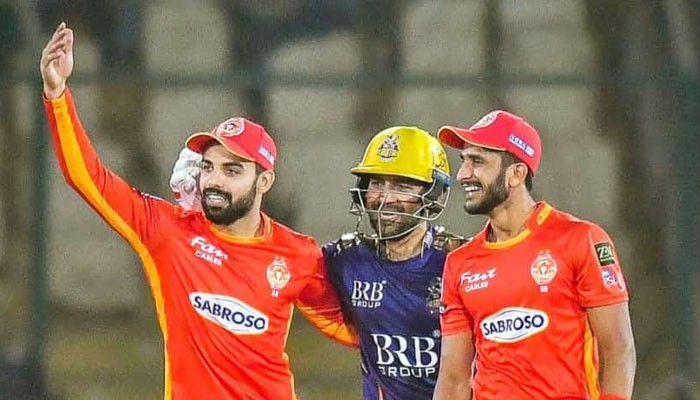 Quetta Gladiators skipper Sarfaraz Ahmed called Islamabad United’s Hassan Ali and Shadab Khan his brothers even though the latter’s team had faced a defeat by their hands in the Pakistan Super League.

“We fight. We make up. We’re brothers,” tweeted Sarfaraz with pictures of the three during the match.

On Instagram, the former Pakistan team captain said, “Hum sath sath hain (we are together)“.

But it was not just Sarfaraz who had spoken about the love between the three.

Hassan and Shadab, too, acknowledged their former skipper for his half century against them.

“Yes, we are together always,” Hasan responded. He also lauded his “captain” for playing a brilliant knock.

On Tuesday, the Islamabad United defeated win-less Quetta Gladiators with six wickets in hand in the 12th match of the Pakistan Super League (PSL) at Karachi’s National Stadium.

Even though, Quetta lost the Islamabad duo of Shadab and Hasan acknowledged their former captains 54 run innings.

The former Pakistan team captain was the top scorer for his side in their match against Islamabad United.