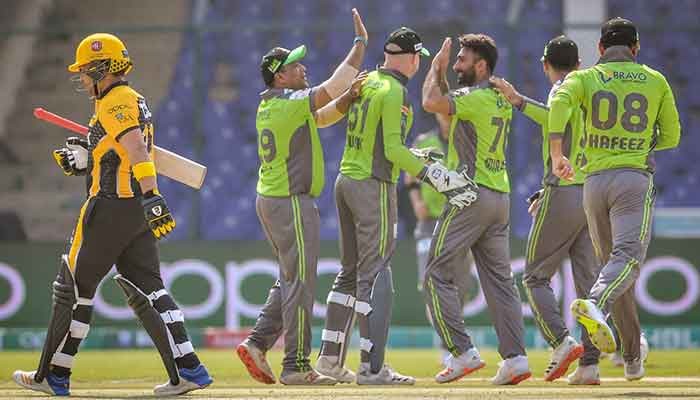 KARACHI: Since the inception of the Pakistan Super League (PSL), Lahore Qalandars has introduced several new talented cricketers and brought them from oblivion to limelight.

On Sunday, another player from the same programme, Salman Mirza made his PSL debut with a bang.

27-year-old Mirza hails from a humble family in Lahore where he used to play tape-ball cricket.

He added that, in 2019, he participated in the local T20 tournament named “Battle of Qalandars” where his bowling was noticed by the management and he was picked for the PSL.

Mirza said that after the “Battle of Qalandars” he was picked for further training at the Qalandars’ High Performance Centre where he was groomed by the coaching staff.

Read more: An overview of Lahore Qalandars’ squad for PSL 2021

He was travelling with Lahore’s squad in the PSL as a net bowler as COVID-19 had made it difficult for the PCB to provide net bowlers facilities in bio secure bubble to the teams.

“I hadn’t imagined that I would get a chance like this. I was there to bowl in nets and in the morning Sameen [Rana] bhai (the team manager) told me that I am playing. It was unbelievable, it was like a dream coming true moment for me to make a debut at such a big stage,” he said.

“I was zero and… well, I am not a hero yet but there will be a day I will definitely become one,” said the 27-year-old confidently.

“It is all because of Lahore Qalandars who provided a platform to me and many other players to play top level cricket and achieve dreams,” Salman said. He is hopeful that his growth will continue and he’ll improve further.

“I am looking to improve my skills here and be a useful bowler for Lahore Qalandars and make the team win more matches,” he aimed.

On Sunday, Mirza had a dream debut after he took two wickets for 35 runs and helped the Qalandars start their season with a win. He picked up the prized wickets of Kamran Akmal and Haider Ali.