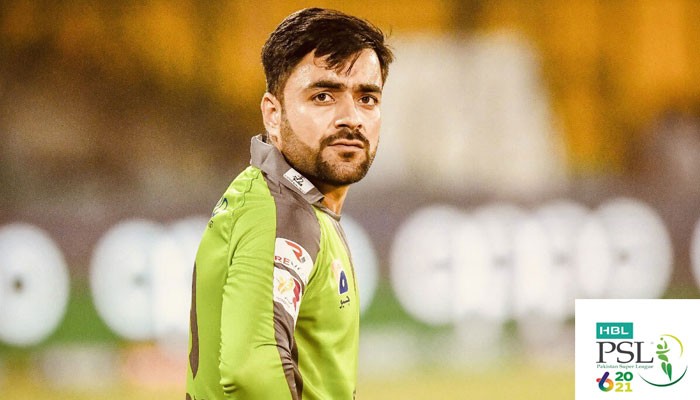 “Too soon leaving the PSL. But have to attend national duty,” tweeted Rashid along with a few pictures of him in the Lahore Qalandars colours.

Rashid thanked his team and fans “for the great support and love”, adding that he will return next year.

Read more: Afghanistan’s Rashid Khan all geared up to perform for Lahore Qalandars

Lahore Qalandars Manager and COO Sameen Rana thanked the Afghani player for his services to the team, calling him a “true Qalandar”.

“Thank you Rashid Khan for all your efforts and contributions. You are not only a great player but also a wonderful person. You are a true Qalandar for life wish you all the best for upcoming series against Zimbabwe,” said Rana.

Rashid was only able to play the opening two games for the Lahore Qalandars.

His departure was, however, expected after he was named in Afghanistan’s squad for the two Test series they will be playing against Zimbabwe from March 2.