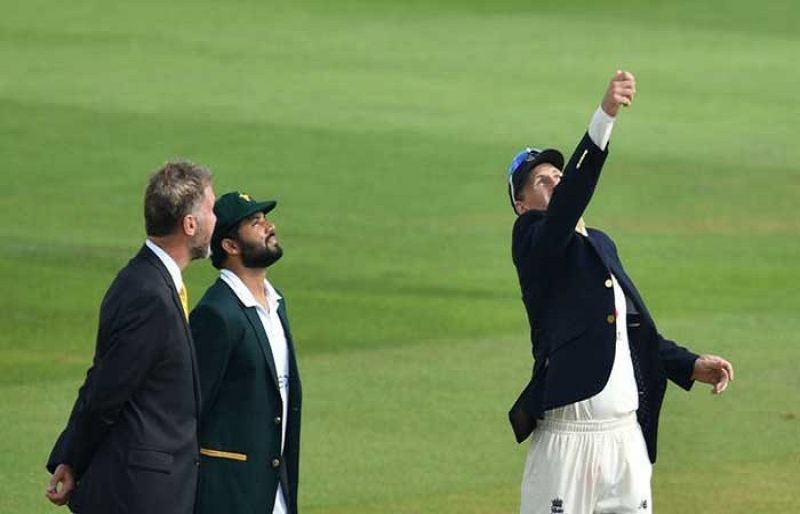 Pakistan won the toss and elected to bat first in the second Test against England at Ageas Bowl in South Hampton.

Both the teams made changes to the squad with Fawad Alam coming in place of Shadab Khan to play his first Test since 2009.

England, 1-0 up in a three-match series being played behind closed doors because of the coronavirus, made two changes.

As expected, top-order batsman Zak Crawley returned in place of Ben Stokes after it was announced the star all-rounder would miss the final two matches of this series for personal reasons after travelling to New Zealand to be with his ill father.

Meanwhile fast bowler Jofra Archer was officially “rested”, with England in the middle of a gruelling schedule of six Tests in seven weeks following their 2-1 series win at home to the West Indies last month.

Archer’s place was taken by left-arm seamer Sam Curran, who has been on the winning side in all his previous eight home Tests.

England won the first Test in Manchester against Pakistan in dramatic fashion beating the hosts by three wickets.

Chasing a challenging target of 277, England lost five wickets for only 117 runs but Buttler and Woakes came to rescue and batted cautiously and confidently to add 139 runs for the sixth wicket partnership.

This was a remarkable achievement as only for the third time a team chased more than 200 to win in the fourth innings of a Test at Old Trafford, with England making 294-4 against New Zealand in 2008 and 231-3 against the West Indies at the Manchester ground in 2004.

Buttler made 75 from 101 balls with seven fours and a six while Woakes remained not out on 84. His 120-ball innings was laced with ten boundaries.

Share
Previous Hong Kong Media Tycoon Jimmy Lai Says He Will Not Back Down, Despite Arrest | Voice of America
Next Video: Imran Khan says Peshawar BRT is Pakistan’s best