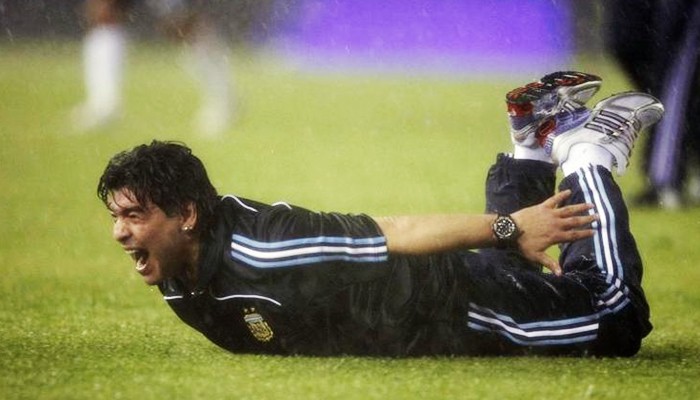 KARACHI: Pakistan football community has joined the world in paying tribute to Argentinian legend Diego Maradona who passed away due to cardiac arrest on Wednesday.

Pakistani footballers termed Maradona a “virtual coach” to every footballer, saying that everyone could learn a lot about modern-day football by watching his videos online.

Saddam Hussain, the captain of Pakistan football team, said that Maradona was the all-time greatest and everyone’s favorite who inspired many to pick football.

“It is indeed a very sad news for everyone who loved football,” Saddam told Geo.tv.

“Even today, many would watch his videos to learn various skills of the game. The world has lost a football genius today,” said the 27-year-old midfielder who has represented Pakistan in 22 international games.

Essa Khan, the former skipper of the Pakistan football team, said Maradona modernised the game of football and became a household name in every country where football is played.

He said that the Argentinian footballer was an inspiration for many.

“Players and coaches keenly watch his videos to know how he would move towards the goal post. His game was refreshing to watch for any football fan,” said Essa, one of the most decorated footballers from Pakistan.

Pakistan’s mid-fielder Saadullah told Geo.tv that Maradona was a legend and no other footballer could match his level of brilliance on the field.

“I am saddened to know about his death,” he said.

Maradona was recently in the headlines over his health issues and had undergone an emergency surgery for a subdural haematoma — or brain blood clot — a few weeks ago, according to Reuters.