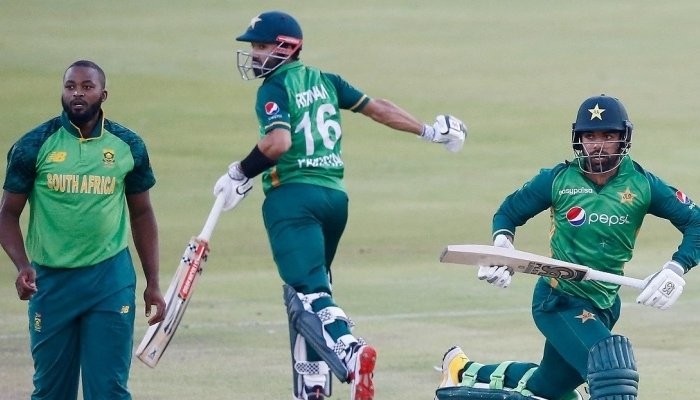 CENTURION: Pakistan will be hoping to defeat South Africa in the last ODI of the series against South Africa today to register their first series win against a top-seven ODI team since 2013.

However, concerns remain for Pakistan as the middle and lower-middle order is yet to fire against the Proteas.

In the last two games, it was openers Fakhar Zaman, Imamul Haq and captain Babar Azam who contributed with the bat.

Pakistan’s bowlers will also have to play better than they have so far.

While Haris Rauf, Shaheen Shah Afridi and Hasnain have all managed to take wickets, they have been quite expensive, and each bowler has conceded more than six runs per over.

In the first ODI, Haris got rid of David Miller immediately after he reached 50. In the second ODI, he accounted for both de Kock and Temba Bavuma as they went in search of boundaries. Haris and Hasnain have conceded at 6.3 runs an over.

If South Africa win, they will secure their third series win under coach Mark Boucher and it will also be their second trophy this summer.

However, concerns remain for them as they will have to field a second-tier team due to the departure of almost half of their first-choice players for the Indian Premier League.

In the last ODI, Pakistan failed to chase the big total posted by South Africa but showed enough fight that they will hope to win against a less-experienced South African attack.

With the three main quicks gone, South Africa will lose out on the combined experience of 114 ODI caps.

The replacements, likely to be Lutho Sipamla, Daryn Dupavillon and one of Beuran Hendricks or Junior Dala, have a combined experience of 14 caps between them.

Aiden Markram will have a new opening partner with Janneman Malan, while Kyle Verreynne will replace David Miller with Heinrich Klaasen likely to remain at number six and take over the wicketkeeping duties.

Pakistan will have one enforced change as Shadab Khan is likely to be replaced by Usman Qadir after the vice-captain of the team was ruled out of the tour with a toe injury.

A new face may also be seen at the number six position as Asif Ali has failed to step up. This leaves the chance for Haider Ali to play his third ODI.

Hasan Ali, who was declared fit ahead of the series but has yet to play a game, could also be called in place of Hasnain.