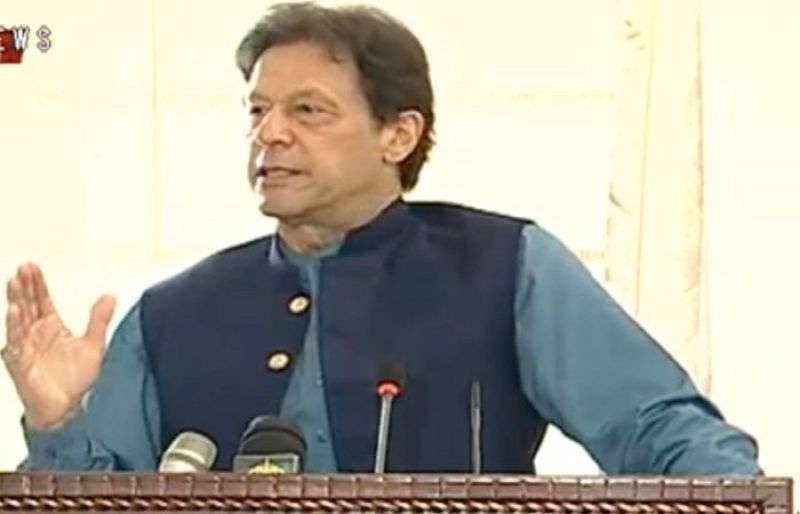 Prime Minister Imran Khan on Wednesday said that the new domestic cricket structure being introduced in the country would provide an excellent platform for emerging talent to learn and refine skills.

Addressing a Signing of Agreements Ceremony between Pakistan Cricket Board and the national broadcaster Pakistan Television Corporation (PTV), in Islamabad, the premier said: “I have been a witness to the fact that we have always had immense talent and despite a faulty system, our talent managed to stand out internationally.”

“Pakistan can become unbeatable if we manage to mend and improve our mismanaged system,” he added.

The premier said that every newly-introduced system faces problems during the teething stages but the domestic structure is important as it will open doors of opportunity for the young and talented.

Referring to Australia as one of the best performing teams due to effective administration and meritocracy, the prime minister said that competition leads to a better system and a finer team performance.

“There are two important things [needed in order to stand out in the game]: the first is to introduce healthy competition and secondly, to bring people on merit,” he added.

The prime minister said that it was a 40-year-old dream of his to make the Pakistan cricket team the best in the world and he hopes that due to these newly-introduced reforms, the team would be able to shine in the next World Cup.

He said that it is imperative that PTV takes lead in the country’s sports coverage, especially cricket, given the huge fan following of the game in Pakistan.

Recalling the times when the state-owned PTV was broadcast across South Asia, the premier said: “As they say, you survive when you adapt. Unfortunately, due to a myriad reasons [that I don’t want to discuss right now], our national broadcaster lagged behind the rest of the world.”

We hope that with our newly-introduced reforms the institution will see an improvement, with better revenues and quality of content, he added.

Regional cricket is the best domestic structure, said PM Imran in the meeting.

He said that he realises difficulties will arise from abolishing the old domestic structure, maintaining however that if the cricket system is to be fixed, then regional cricket is the only solution.

When the system is changed, there are no immediate results, the premier reasoned.

“The new domestic structure will bring real talent to the fore,” he added.