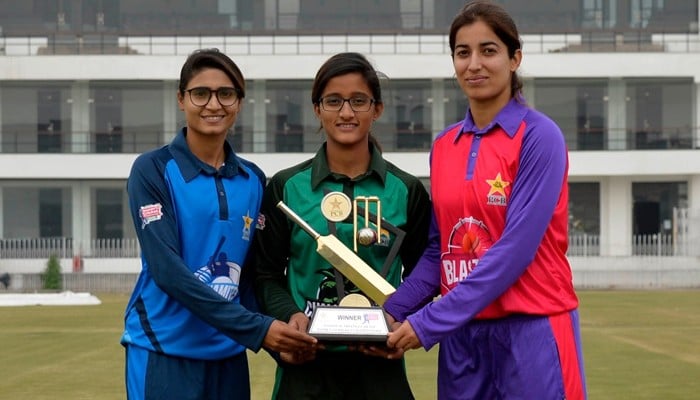 As many as 42 women cricketers will be in action in the Rs1.7million National Triangular T20 Women’s Cricket Championship, the Pakistan Cricket Board said Saturday.

The series will be played at the Pindi Cricket Stadium, Rawalpindi, from November 22 till December 1, 2020, read the PCB statement.

PCB Blasters, PCB Challengers, and PCB Dynamites will face off for the national glory in the 10-day championship, which provides a chance for these cricketers to showcase their talent.

The championship will be played on a double-league basis with the top two teams competing in the final on 1 December.

“To boost the women’s game and provide young girls an opportunity to get closer to the game, the PCB will live-stream all seven matches on its YouTube channel,” it said.

The PCB Challengers, led by Muneeba Ali, the top-run getter and player of the tournament in the last edition, will be eager to defend the title with Rs1 million up for grabs for the championship winners. The runner-up will pocket Rs500,000.

The championship follows a two-week-long High-Performance Camp in Karachi in which 27 elite women cricketers underwent training in a bio-secure environment.

Jason Holder signs up with Sydney Sixers for BBL 10