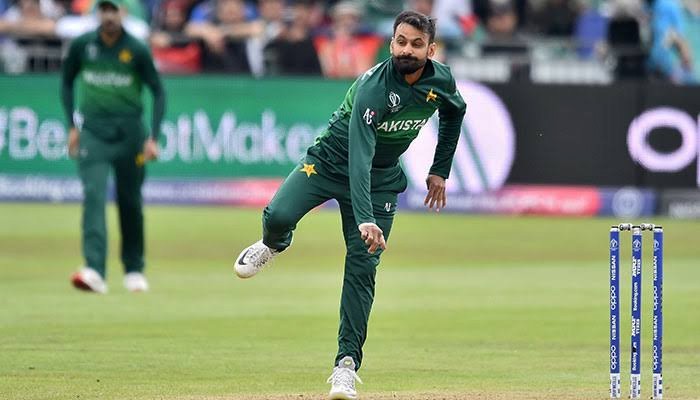 LAHORE: Pakistan all-around Mohammad Hafeez, who was recalled for the Bangladesh series yesterday, said that he will retire from international cricket after the Twenty20 World Cup later this year to end his career on a good note.

The 38-year-old was Thursday recalled to Pakistan’s Twenty20 series against Bangladesh starting in Lahore from January 24.

Hafeez has been one of Pakistan’s key players — in all three formats, as a top order batsman and a handy off-spinner — since making his debut during an England tour in 2003.

But his career was dogged by questions over the legality of his bowling action, reported on three occasions during international matches. He was also banned from bowling for 12 months in 2015.

Hafeez, dubbed the “professor” for his knowledge of the game, said he enjoyed playing for Pakistan.

“It has been a privilege,” he told media. “I want to play the Twenty20 World Cup and then exit from Pakistan’s international team.”

Hafeez retired from Tests in December 2018 after playing 55 Tests. He was more successful in limited over formats, scoring 6,614 runs and took 139 wickets in 218 one-day internationals.

His last ODI was during the World Cup (50 overs) in England last year, and he has not been selected for that format since then.

“I have played 17 years for Pakistan and tried my level best. At times I missed my bowling,” said Hafeez, who also captained Pakistan in 29 Twenty20 internationals, winning 17 and losing 11 with one ending in a tie.

The Twenty20 World Cup will be held in Australia in October-November this year.