Kaka, Figo and others expected in Karachi on Saturday to play exhibition matches | Sports 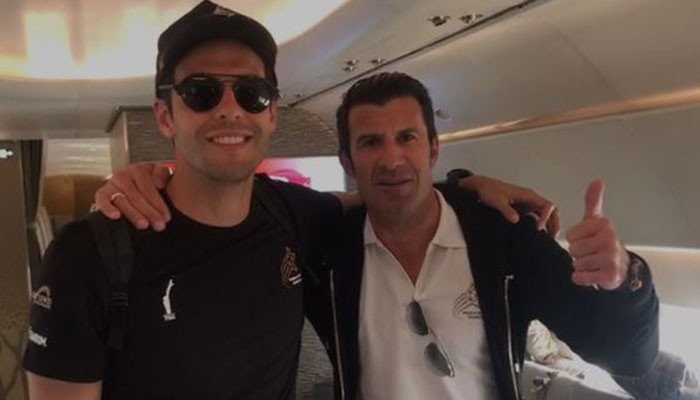 The quartet are scheduled to hold a press conference at 1pm in the port city before heading to a mall, from where they will be taken Rahat Football Stadium located in the DHA neighbourhood of the area.

The Fantastic Four have been in Pakistan earlier but not together, making this a major moment in Pakistan’s sports history.

Furthermore, the football legends are scheduled to play an exhibition match in Lahore the next day. That game will be between sides led by Kaka and Figo, with their teams featuring a bunch of local talent.

Before embarking on their Pakistan-bound journey, Kaka, Figo and Anelka released video messages urging their fans in Pakistan to turn up in both Karachi and Lahore.

Source Link: Kaka, Figo and others expected in Karachi on Saturday to play exhibition matches | Sports

KARACHI: With Pakistan Super League matches being held in Pakistan regularly, foreigners coming to the …