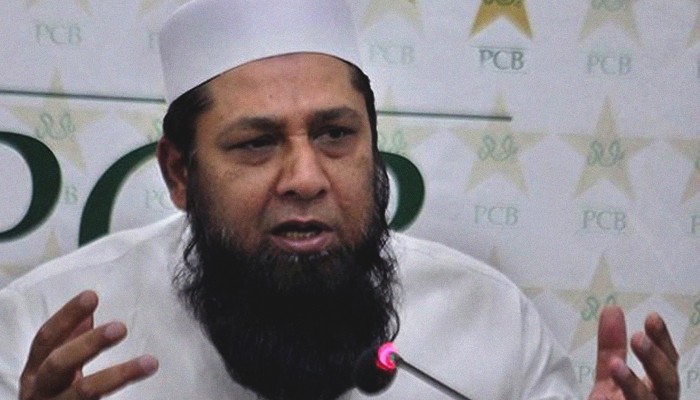 Former Pakistan cricket skipper Inzamam-ul-Haq has expressed dissatisfaction with the selection of the Test squad for the two-match series against South Africa and said that the selection was carried out with “no vision at all.”

Speaking via his YouTube channel, the 50-year-old batsman that it seems as if the “20-member squad has been selected to please people,” as reported by Geo Super.

“Selection is the name of vision for the next two years. Your vision defines your selection, “he said. “In the team announced by the Pakistan Cricket Board (PCB), [the] selection committee headed by Mohammad Wasim showed no vision at all.”

The former batsman added that this team lacks the ability to win matches.

“No one can say that this team can beat any good side. You can prepare big turners against South Africa to win matches but you can’t groom players for future series and that is the most depressing part of this selection,” he said.

While many appreciated the selector for giving the domestic performers a chance, Inzamam had concerns about some of them.

“Can anyone tell me Tabish Khan who is a pacer and is over 36 would go on to improve from here? Even a batsman reaching this age can’t be selected for the very first time for a Test side,” he said.

“Haris Rauf is another example. He has played three first-class matches only taking just seven wickets and you have named him in the Test squad,” Inzamam added.

Inzamam, however, appreciated the selection of Saud Shakeel and Sajid Khan saying “they are good performers and have age at their side.”

Source Link: Inzamam-ul-Haq says Test team selection carried out with ‘no vision at all’

Share
Previous Three, including former PTI nazim, gunned down in Swabi: police
Next Biden to prioritise legal status for millions of immigrants – World