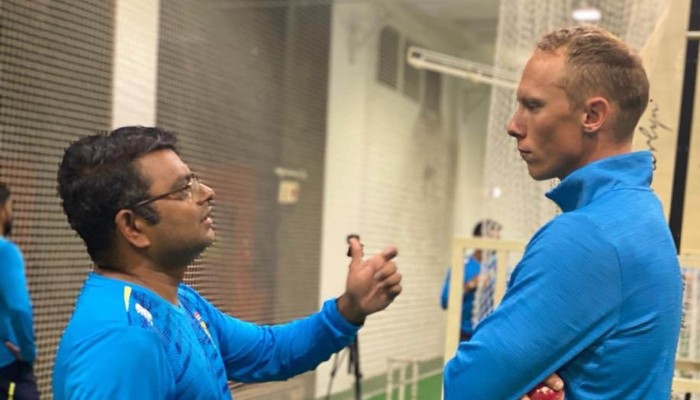 Cricket South Africa (CSA) on Monday clarified that Indian analyst Prasanna Agoram’s contract with the Proteas has expired and that is the reason he is not with the South African team in Pakistan.

Previously, reports emerged that Agoram was unable to join his team and despite efforts from the management, he can’t travel to the country due to “security protocols”.

“[Mr] Prasanna Agoram’s time with Cricket South Africa and the Proteas team has come to an end. His contract has not been renewed, and he is moving on to new projects,” the CSA spokesperson confirmed.

Wishing Agoram good luck for his future endeavours, the spokesperson said: “We, as the Proteas wish him the very best. This is all that the team is willing to say on the matter, we will not be engaging further on this topic.”

A day earlier, the Indian analyst took to his Twitter to confirm the news of his departure.

“Thank you @OfficialCSA for 11 wonderful years. Worked with some great administrators, captains, players. coaches and support staff. Will miss you all,” Agoram wrote on Twitter.

The first Test match between Pakistan and South Africa will begin on 26th January at National Stadium.