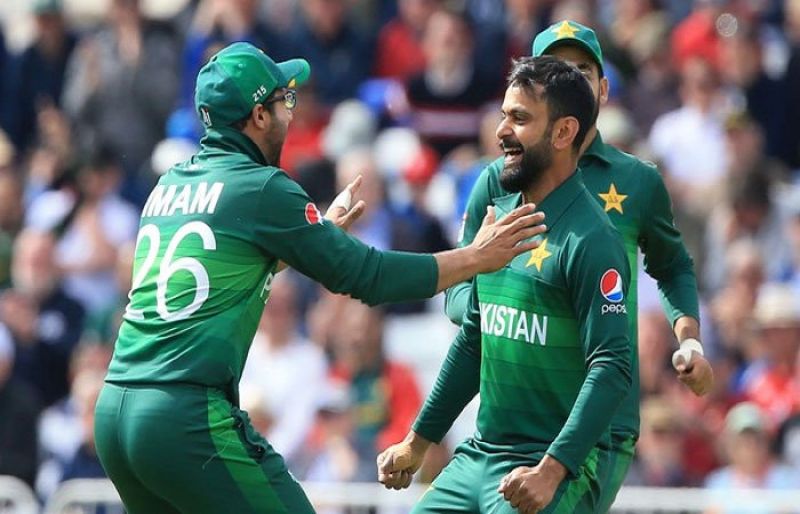 All rounder Muhammad Hafeez said that the team Pakistan strongly believed that they can outshine opponents even after a crushing defeat against West Indies in their World Cup opener.

The all-rounder received man of the match award for his 84 runs off 62 balls and a wicket in the match against hosts, England, at the Trent Bridge, Nottingham. “Everyone believed we can do this. We’re really happy and everyone chipped in, taking the task and giving everything,” said the former skipper.

The senior player said that the team was confident and had a good meeting after the West Indies match. “We just needed one winning performance,” said the player at the presentation ceremony. “It was a total team effort.”

The player credited his ability to play his natural shots for his winning innings. “Sometimes you have to take calculated risks and it worked for me today,” he added.

The player said that the United Kingdom is like a home to the team because it always receives massive support from the spectators whenever it plays.

Pakistan shocked England by 14 runs at Trent Bridge on Monday as they ended a long losing streak in one-day internationals despite two centuries for the World Cup host nation.

Joe Root (107) and Jos Buttler (103) were guiding the tournament favourites towards an imposing target of 349 after Pakistan left England needing a World Cup record chase.

The pair put on 130 for the fifth wicket but both were out shortly after reaching their hundreds and the tail had too much to do.

It was a remarkable turnaround for Pakistan, whose opening match of this World Cup had seen then slump to 105 all out in a seven-wicket defeat by the West Indies at the same ground.

That defeat was their 11th straight loss in completed one-day internationals, including the recent 4-0 series defeat by England.

But they started strongly at Trent Bridge on Monday and made 348 for eight, Mohammad Hafeez top-scoring with 84.

No side had previously made more batting second to win a World Cup match than Ireland, with 329 for seven against England at Bangalore in 2011.

England´s chase got off to a bad start when Jason Roy was lbw on the sweep to leg-spinner Shadab Khan to leave them 12 for one.

Jonny Bairstow, whose opening partnership with Roy has been a key factor in England´s rise to number one in the one-day international rankings, then fell for 32 when he was caught behind off Wahab Riaz.

It was the spinners who struck next, England captain Eoin Morgan (nine) bowled by Mohammad Hafeez before Pakistan captain and wicket-keeper Sarfaraz Ahmed held an edged cut by all-rounder Ben Stokes (13) off Shoaib Malik.

COVID-19: Yuvraj Singh hits back after being trolled for praising Shahid Afridi