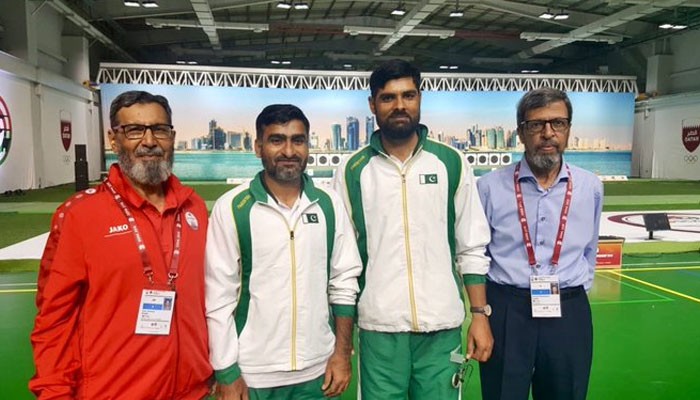 KARACHI: Ghulam Mustafa Bashir became the second Pakistan shooter after Khalil Akhtar to win a quota place for the Tokyo Olympics 2020 when he moved into the finals of the 25 meter Rapid Fire Pistol event at the 14th Asian Championship in Doha, Qatar on Wednesday, The News reported.

In the team category of the event, Pakistan finished at 12th position out of the 14 competing teams with 1838.3 points.

Share
Previous Mahira Khan shares touching moment with parents after appointment as UNHCR goodwill ambassador | Entertainment
Next Committee app: out with the old, in with the new