Breaking News
Home / Sports / From being invincible to utter disappointment, 2019 a nightmare for Pakistan in T20Is | Sports

From being invincible to utter disappointment, 2019 a nightmare for Pakistan in T20Is | Sports 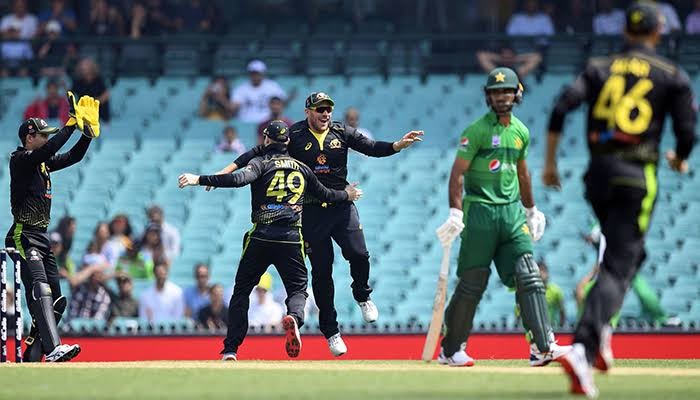 KARACHI: Friday’s 10-wicket defeat at the hands of Australia in the third T20I in Perth ended Pakistan’s year-long 20-over nightmare.

The worst-ever year for Pakistan in the shortest format of the game ended with another defeat.

The top-ranked team has slumped from once being an invincible side to an utterly disappointing bunch, although their ranking – despite winning just one match out of 10 in 2019 – remains unaffected. That is down largely to their performances in previous years.

The defeat at Perth marked Pakistan’s longest win-less streak, which now stands at seven T20Is. They were beaten by England at Cardiff in the one-off T20I before being whitewashed by Sri Lanka at home in a three-match series. In Australia, they were beaten in two games while one game was washed out.

READ: Gilchrist picks his four favourites for T20I World Cup but no Pakistani is there

The year 2019 was Pakistan’s worst ever year since the inception of T20 cricket at international level. They won just one game out of 10, which means their victory percentage in the year was a lowly 10%. Before this, their lowest winning percentage was 33.3 in 2010 when Pakistan had won six out of their 18 T20Is.

In 2017, Pakistan won 80% of its T20Is encounters while in 2018, the win percentage was a mammoth 89.47%. These are the performance that are still protecting Pakistan’s number one position in T20I rankings.

Source Link: From being invincible to utter disappointment, 2019 a nightmare for Pakistan in T20Is | Sports

Share
Previous Lahore couple arrested for blackmail scheme through prostitution | Pakistan
Next We will ‘pick up bodies’ but won’t leave: Fazl

China locks down city at centre of coronavirus outbreak | World

FAISALABAD: Two unidentified persons beat up a differently-abled person and robbed him of a 15kg …