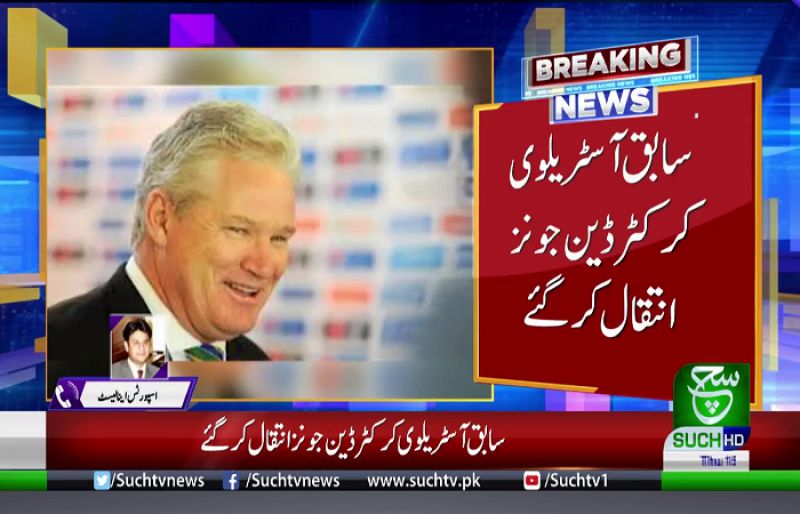 Former Australian cricket legend Dean Jones has passed away in Mumbai on Thursday.

The 59-year-old was in India to cover the ongoing 13th edition of the Indian Premier League (IPL) as a commentator where he reportedly suffered a sudden heart attack which proved fatal.

Jones also worked with the Islamabad United franchise in the Pakistan Super League (PSL) and guided the team to their second title.

He was the coach of the Karachi Kings franchise during the PSL 2020 and was expected to return to Pakistan for the remainder of the match in November later this year.

Jones represented Australia in 52 Tests and 164 ODIs where he has managed to score 9,699 runs, which included 18 centuries and 60 half-centuries.

Share
Previous Ayyan Ali to donate 50 percent of her income to charitable organization
Next House Holds Hearing on USAGM, Former Executives to Testify | Voice of America