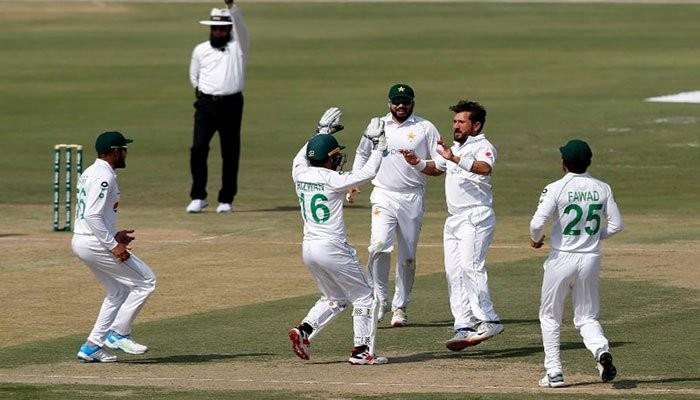 KARACHI: Former chief selector Iqbal Qasim has some tips for the Pakistan cricket team on its third day of the first Test against South Africa.

He warned that if the visitors bat well and set a target of around 25, it would become a challenge for Pakistan.

The former Test cricketer applauded Fawad Alam’s classical 109 and gave credit to Azhar Ali, Faheem Ashraf and Muhammad Rizwan for playing handy knocks and bringing Pakistan back into the match.

The former left-arm spinner termed the first session “decisive because it was then that Azhar and Fawad had to consolidate the innings”. He said Fawad’s patient knock was a treat to watch.

“Pakistan can still enhance their lead as Hasan Ali is on the crease and he is capable of playing some big shots.”

“Both Yasir Shah and Nauman Ali could prove lethal given the spin-friendly condition of this pitch,” he added.

Here are some his tips:

The first Test match between Pakistan and South Africa is underway in Karachi and fans cannot be more excited. Due to the coronavirus pandemic, the stands are empty but there are millions watching at home.