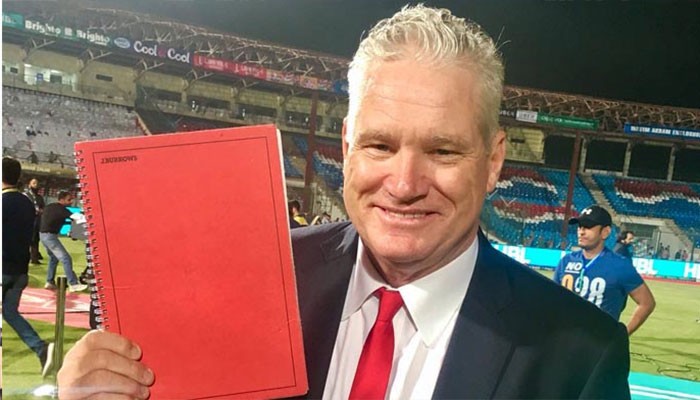 Former Australian cricketer Dean Jones has lamented over how beefed up security and extra precautionary measures taken during the Pakistan Super League (PSL) “kills the fun of touring”, according to his column for The Sydney Morning Herald.

The commentator had recalled moments from his tour of Pakistan and said that his visits consisted of playing and “visiting local markets and enjoying the culture”. However according to the Test great, international tours have lost their charm as players are no longer given the liberty to go beyond their heavily-guarded hotel rooms.

“Today, players are whisked off their international flight and placed in bullet and bomb-proof buses with army security that’s mind-boggling,” said Jones.

“Players are cooped up in their rooms like prison cells, the security just won’t let you out.”

Added to this, Jones said that during his tenure as the PSL head coach revealed the serious implications of the measures over players’ mental health.

“As a head coach in the Pakistan Super League, I know that when players have too much time to themselves, they have a tendency to think too much. They begin dwelling on how they got out or personal issues. Their minds can become their enemies,” he warned.

“With this level of security, players can’t help but think that we must seriously be a target to someone.”

Is money more important than safety?

Furthermore, the Aussie coach expressed his bitterness over foreign players, coaches and staff accepting greater pay to take part in the league and implied that the foreign players’ lives held greater value over their lesser paid counterparts.

“During the recent PSL, many players were paid extra appearance money to play in Pakistan. I was furious over this decision; it meant that these players’ lives were more important than ours,” he said.

“Some players said they would not go to Pakistan due to the security and potential terrorist threats yet accepted extra money to tour when it was offered.

“I am confused with their intentions and priorities. Is money now more important than their safety?” he questioned.

Remaining PSL 2020 matches to be played in Pakistan, not UAE: PCB

The PSL governing council, in its last meeting, had rejected the proposition of staging the …