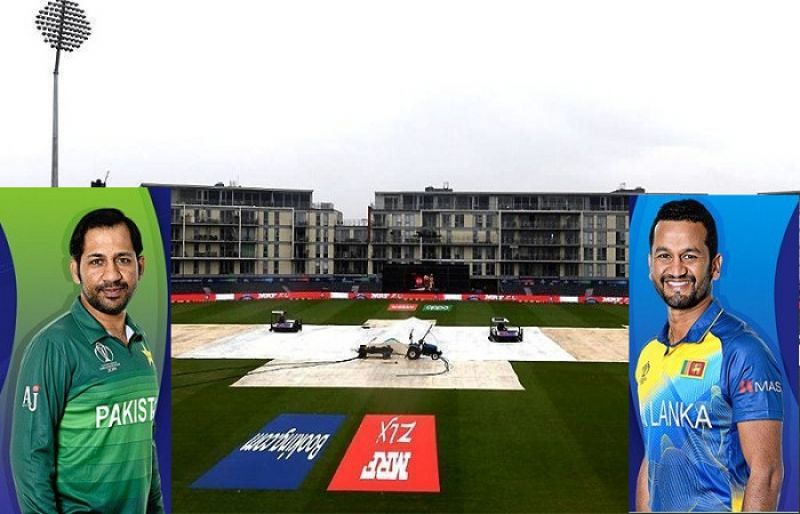 The International Cricket Council (ICC) Cricket World Cup 2019 match between Pakistan and Sri Lanka has been called off without a ball being bowled due to persistent rain.

Heavy rain in Bristol meant that no play was possible after the umpires called it off, presumably because of an unsafe outfield, with both sides picking up a point each.

Earlier, rain delayed the start of 11th match of the ICC Cricket World Cup between Pakistan and Sri Lanka at Bristol County Ground.

Previously, Pakistan’s practice session was briefly delayed by rain. Sarfaraz Ahmed, the skipper, was the first to turn up on the ground and ran a couple laps on his own. The team appeared in good spirits as it began a game of football and the mood remained upbeat during fielding, batting and bowling practice.

Pakistan and Sri Lanka have won one and lost one game in the tournament.