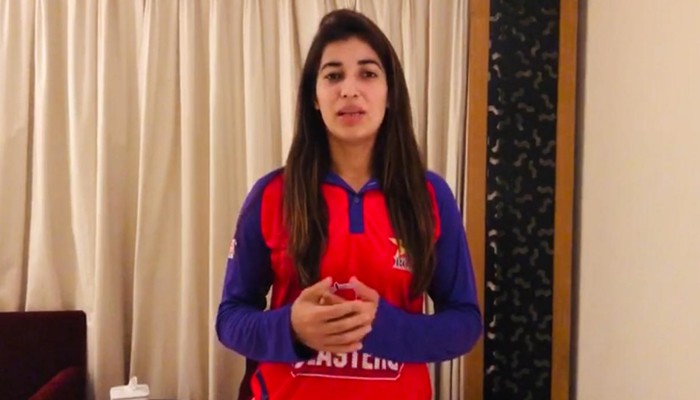 KARACHI: Aliya Riaz, the flamboyant all-rounder of Pakistan women’s cricket team, has aimed to be Pakistan’s Ellyse Perry with her all-round performance for the country.

Speaking to Geo, the cricketer said she wants to be known as the best all-rounder in women’s cricket.

“I want to win every match for my country, with my batting and my bowling. I want to contribute as an all-rounder for my team. Look how Ellyse Perry has played for Australia, I want to do similar things for my country,” she said.

Aliya has represented Pakistan in 27 ODIs and 42 T20Is. The right-arm fast bowler is also an aggressive hitter of the ball and can play big shots.

She is currently playing in the National Women’s T20 Tournament in Rawalpindi where she is leading the PCB Blasters’ side.

“It is good to be back on the cricket field,” she said after playing her first game since March 2020.

“The time away from cricket was frustrating for me, it would have been frustrating for any athlete to stay away from sports. So, I am happy and glad that we can play cricket once again and credit goes to the PCB that it has managed to organize cricket during the pandemic,” she said.

She also praised the PCB for naming youngsters as captains of all three domestic sides for the tournament saying that it will empower woman cricketers.

“It’s a good step, it won’t only help them prepare leaders for the future but will also make players mentally stronger because being a captain you’ve added responsibilities on your shoulders and whenever you’re given responsibilities, you get to learn new things,” she concluded.