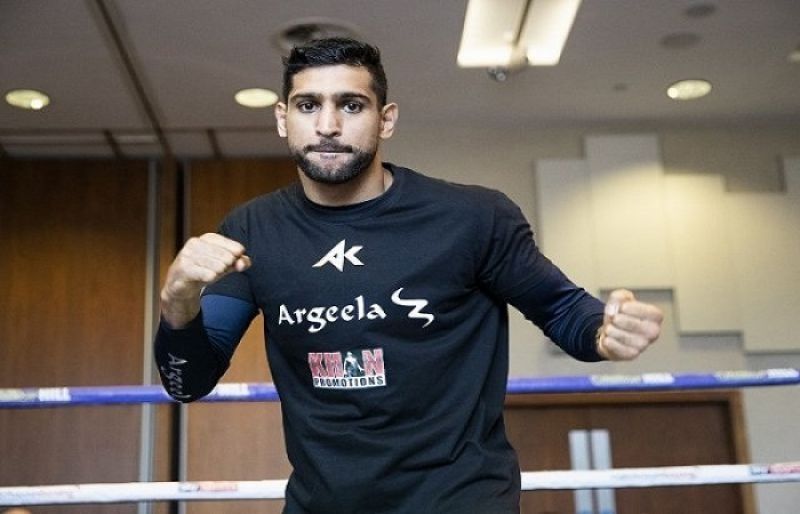 British-Pakistani boxer Aamir Khan placed his belief in a conspiracy theory that the coronavirus is “man-made” and resulted due to the building of 5G towers.

In videos shared on Instagram, the two-time world champion said he did not believe that the worldwide COVID-19 pandemic was what it has been made out to be, saying that “it’s been put there for a reason — while they test 5G”.

Urging fans not to believe everything they read about the virus, cases of which have surpassed 47,000 in the UK caused the deaths of 4,932 people there, the 33-year-old said: “I don’t think it’s coming from China. That’s a lie, really.

“People are saying that they were eating bats and snakes and the poison mixed. What [expletive] is that? Do you believe that? I don’t!”

Khan, who has in the past won the silver medal for Britain during the 2004 Olympics, went on to stress that the COVID-19 was a man-made disease that the government created on purpose to control the growing population.

“Coronavirus this, coronavirus that — you’re probably getting bored of it, as I am. Do you not think it’s anything to do with that 5G in these towers that are going up?

“It’s a man-made thing. It’s been put there for a reason — while they test 5G. It might be for population control — get rid of a lot of us, especially when they say that it harms old people. Look at these towers at night-time that have been put up, then telling people not to go out,” he claimed, according to Mirror UK.

Khan’s astounding claims came shortly after 5G masts in several parts of the UK were torched.

Reuters reported that mobile phone masts have in recent days been vandalised and telecoms staff abused in Birmingham in central England and Merseyside in northern England, damaging connectivity at a time when people are relying on it more than ever.

According to the publication, British Cabinet Officer Minister Michael Gove also spoke about the conspiracy theory. “That is just nonsense, dangerous nonsense as well,” he said.

On the other hand, the medical director at the UK’s National Health Service (NHS), Stephen Powis, termed the ‘theory’ as fake news with no scientific backing.

“The 5G story is complete and utter rubbish, it’s nonsense, it’s the worst kind of fake news. The reality is that mobile phone networks are absolutely critical to all of us.

“Those are also the phone networks that are used by our emergency services and our health workers and I’m absolutely outraged, absolutely disgusted that people would be taking action against the very infrastructure that we need to respond to this health emergency,” the medical official added.

Junaid Khan aims to try his luck in politics after cricket

Pakistan cricket still in fix after the Lord’s scandal

Well-being of their families was the sole concern of Darren Bravo, Shimron Hetmyer and Keemo …