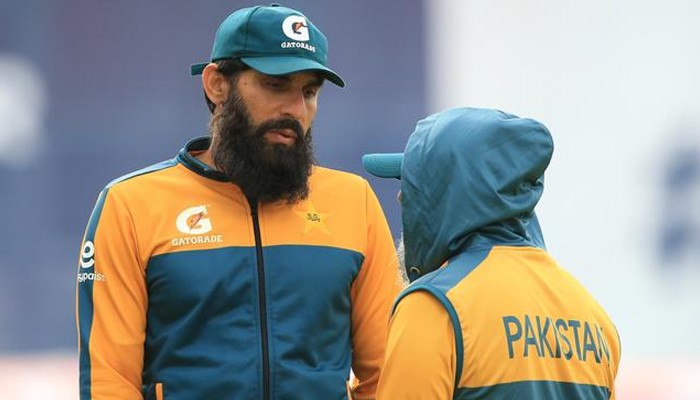 Pakistan beat South Africa by 28 runs and clinched the series 2-1 at the SuperSport Park in Centurion on Wednesday, after the Proteas failed to reach the 321-run target.

South Africa went gone down but they put up a good fight — as losing four key members to the Indian Premier League (IPL) wasn’t ideal for the Proteas.

The head coach, speaking during a virtual press conference, said Pakistan’s ODI series win against South Africa had boosted the team’s confidence and would prove fruitful for the matches to come.

However, he said there is a need for the middle and lower-middle order to score runs. “Our spinners need to perform better as the [two] upcoming world cups are in India.”

The head coach, lauding the team’s fast bowlers, said the pacers are doing well, and the addition of Faheem Ashraf to the squad was rewarding.

Misbah said the management would add youngsters to the squad according to the schedule and requirements.

Shedding light on the players’ individual performance, the head coach said all-rounder Shadab Khan’s performance was not as good as it used to be.

“Fakhar Zaman has his own style, and his induction in the squad has proven to be beneficial,” Misbah said, adding keeping Sarfaraz Ahmed in the middle-order will be subject to the conditions.

“Sarfaraz played according to the needs of the team,” the head coach said.

Concluding his presser, Misbah stressed in modern cricket, always playing aggressive is not the key.