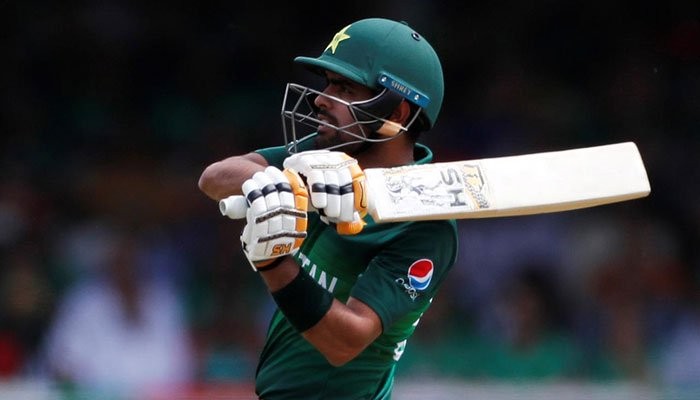 Pakistan’s limited-overs captain Babar Azam said on Saturday that he wishes to adopt iconic cricketer Imran Khan’s style of leadership that he exhibited during his cricket days.

Speaking to Geo News, Azam said that the cricketer-turned-PM always favoured aggressive style of play and instilled confidence in his younger teammates.

“When players are praised, they get the courage [to perform well],” the superstar batsman said, adding that “when players are relaxed they deliver better performance.”

Azam further said that now he is the skipper, he thinks less of his own self and cares more about the team’s larger interest.

“More than my own performance, I now have to work for the team,” he said, adding that he also tries to encourage his team members and take their input for devising team plans.

The captain expressed hope that he, along with the team, plan on taking the Pakistan cricket team to the top in ICC rankings.

Azam is currently with the national contingent in England where they are scheduled to play a Test and T20I series in August.

Share
Previous Kumail Nanjiani on being the first Pakistani Marvel superhero: ‘I’m ripped for Pakistan’
Next Guess who’s back, back again: Sajid, Zeeshan are back again

Pakistan look to profit from wasteful England in second test