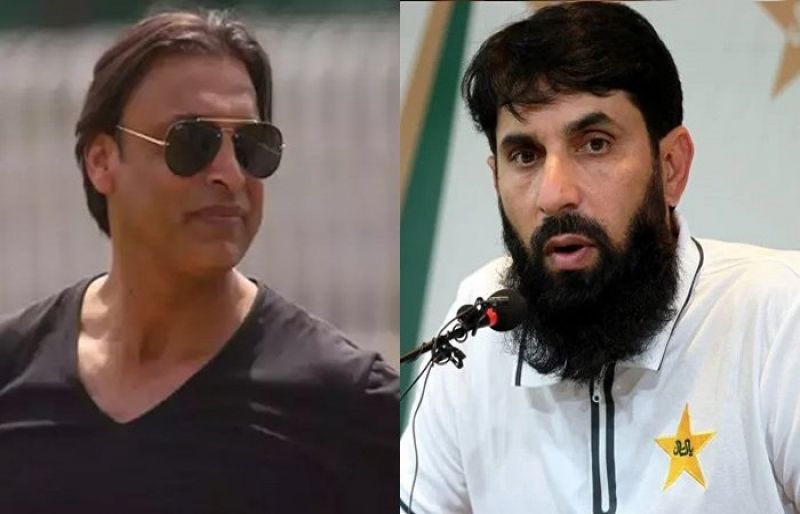 According to Geo Super, Akhtar, making the claim on his famous YouTube channel, said that Flower will take over after season six of Pakistan Super League (PSL) is over.

“PCB has already offered Andy Flower the head coach job. He is not accepting it due to his coaching commitment with Multan Sultans. But once PSL is over, he’ll take over,” Akhtar said. “The decision to sack Misbah is already taken. They are not giving him any chance. “

Earlier on Tuesday, Misbah and bowling coach Waqar Younis appeared before PCB Cricket Committee to explain the recent series losses against New Zealand. The coaching duo was given a reprieve on account of injuries and problems caused by the pandemic.

The board has scheduled another Cricket Committee meeting following South Africa series, giving the coaching staff a lifeline.

“It’s all lies! The whole performance review thing after South Africa series is not true. They have already signed contract with Flower,” Akhtar said.

The fast bowler criticised the board for appointing Misbah in the first place, calling them both “mediocre”.

“PCB knowingly appoints average people so it could remove them in six months to avoid criticism. It’s a mediocre organisation appointing mediocre players,” he said.

“You [Waqar] complain that Misbah doesn’t listen to you. Why would he when he is the head coach? How could you work under him?” Akhtar asked.

The pacer added that it is an alarming situation for Pakistan cricket and he is afraid of the team getting humiliated by South Africa at home.

Pakistan will play South Africa for two Tests and three T20Is from January 26 to February 14.