Aleem Dar to officiate on home soil for the first time 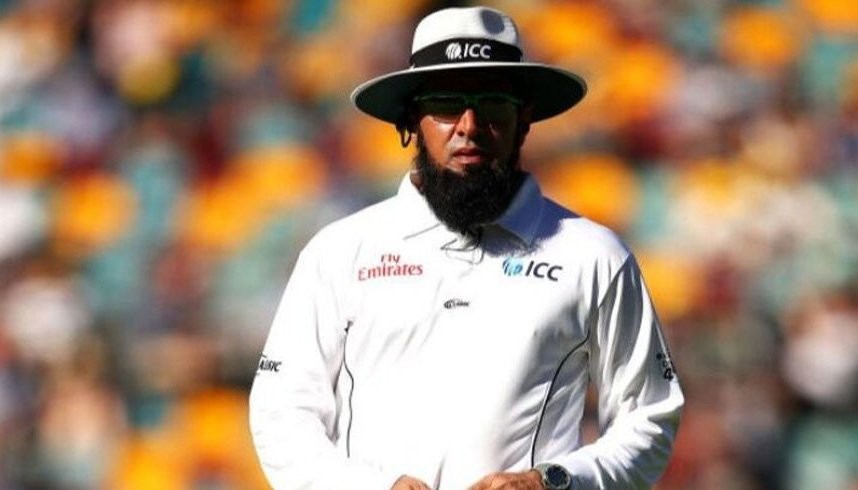 LAHORE: Even though Aleem Dar has officiated in over a 100 Test matches, but the upcoming series of South Africa will be the first time he will be umpiring a Test on home soil.

The PCB on Saturday released the details of the umpires that will officiate the series against South Africa confirming that Aleem Dar will be there.

Dar, quoted by the PCB, acknowledged that it will be an “emotional moment” for him.

“It has been nearly a 17-year and 132-Test wait, but its about to be over. Like the players, the match officials also want to umpire in matches on home ground, something we achieve in white-ball cricket, but Test cricket remains the pinnacle format and I am delighted that I will be standing in the two Tests between two excellent sides,” said Dar.

The press release said that the board confirmed the match officials’ appointments on behalf of the International Cricket Council for the two-match series between Pakistan and South Africa, which starts in Karachi on 26 January.

The PCB said that Asif Yaqoob and Rashid Riaz will be the third and fourth umpires, while Javed Malik will head the playing control team for both the Tests.

“As per the ICC’s interim playing regulations, the requirement to appoint third country officials has temporarily been removed from the playing conditions for all international formats owing to the current logistical challenges with international travel,” said the PCB regarding the absence of neutral umpires.

For the three-match T20I series, Javed Malik will continue to be the match referee, while Aleem and Ahsan Raza will be the on-field umpires for the first match with Shozab Raza in the TV umpire’s box and Asif Yaqoob as fourth umpire.

The PCB also released the ICC-mandated interim playing regulations of  the series.

Under the rules there is a ban on applying saliva to the ball because of the coronavirus pandemic.

“Players will not be permitted to use saliva to shine the ball,” said the PCB. It added that if a player does use saliva then the umpires will respond leniently to allow the players to adjust. However, if it is done repeatedly then officials may give the team a warning.

Read more: Bowlers will no longer be able to use saliva to shine ball

“A team can be issued up to two warnings per innings but repeated use of saliva on the ball will result in a 5-run penalty to the batting side,” said the PCB

During the series an additional unsuccessful DRS review will be given to teams as there will be “less experienced umpires on duty at times”.

The PCB has also stated that the ICC Cricket Operations team will support Match Referees to process the Code of Conduct breaches and a neutral Elite Panel match referee will conduct any hearing remotely via video link.

Source Link: Aleem Dar to officiate on home soil for the first time