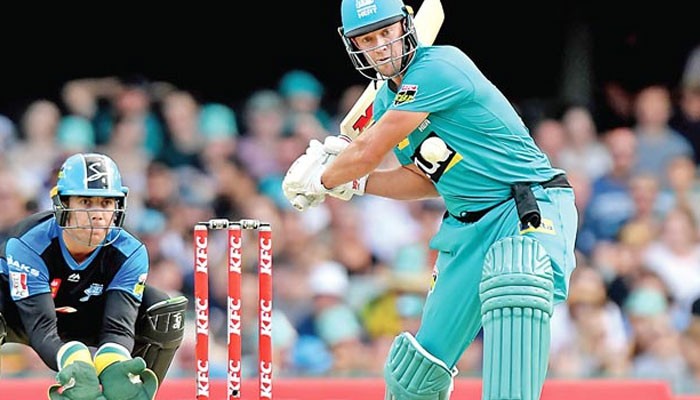 BRISBANE: South African star AB de Villiers is keen to make an international comeback at the T20 World Cup this year, but admits there are no guarantees he will be picked.

The batting maestro bowed out of representing his country in 2018, saying he was “tired” after a 14-year career during which he was hailed as one of the best players in the game.

He then made himself available for the one-day World Cup last year, only to be rejected, with officials saying he left it too late and calling him up would be unfair to other players.

The 35-year-old has now given selectors plenty of time to consider him for the T20 World Cup in Australia in October.

“There’s a lot that needs to happen before that becomes reality,” he told cricket.com.au after hitting 40 from 32 balls on his Big Bash League debut for Brisbane Heat against Adelaide Strikers on Tuesday.

“I would love to. I’ve been talking to ‘Bouch’ (new South Africa coach Mark Boucher), (new director of cricket) Graeme Smith and (captain) Faf (du Plessis) back home, we´re all keen to make it happen.

“It’s a long way away still, and plenty can happen — there’s the IPL coming up, I’ve still got to be in form at that time. So I´m thinking of throwing my name in the hat and hoping that everything will work out.”

De Villiers won fans around the world for mixing traditional and unorthodox shots, as well as his fast scoring and ability to hit the ball to all parts of the ground.

Boucher and Smith are former colleagues of de Villiers and he said he wanted to work with them again.

“Absolutely, they’re my friends and I played 10-plus years with them internationally,” he said.

“We’ve been through a lot and it’s great to have them involved again, and as I said, hopefully I’ll be involved again as well pretty soon.”

Virat Kohli’s message to Pujara & Co: Don’t think being cautious will help us