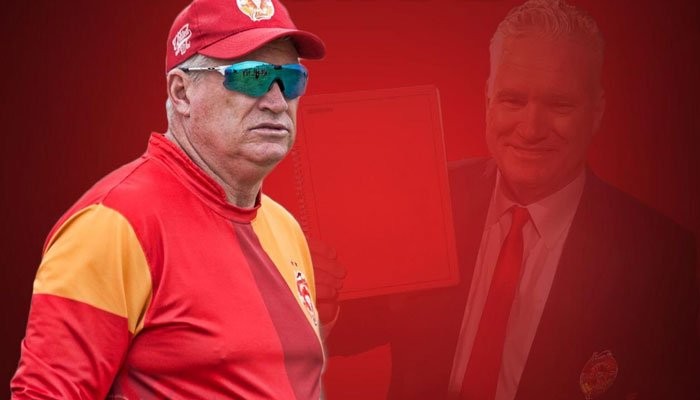 The general manager of Pakistan Super League (PSL) franchise Islamabad United has tweeted a screenshot of a conversation with Australian batting great and coach Dean Jones that shows what a legend ‘Deano’ really was.

Dean Jones, 59, passed away yesterday (September 24, 2020) of cardiac failure in Mumbai, India. He had been in India to commentate on the Indian Premier League.

He had been the head coach of Islamabad United from 2015 to 2019 and helped the side win two titles. His last stint in the PSL had been as coach of the Karachi Kings for the 2020 season.

Rehan revealed that Dean Jones had proposed getting the Islamabad United team together to help out batsman Asif Ali, who had been struggling after news of his infant daughter’s terminal illness during the PSL 2019 season.

Rehan recalled that Dean Jones had also spoken emotionally on the matter during one of his press conferences, and the team had come together to help one of their own through a very difficult time.

“The way you care for people who need your support is what defines you,” Rehan said of Dean Jones.

Earlier this year, Deano had featured in Pakistani news after a heartening video of him cleaning up after a PSL match captured the nation’s imagination.

In a video that was shared widely on social media, Deano could be seen cleaning up the Karachi Kings dugout after a match between the Kings and Peshawar Zalmi.

The act was instantly celebrated around the country as a reminder of what good behaviour should be for fans of the sport.

Source Link: A ‘leaked’ private chat shows what a gem Dean Jones was as a person