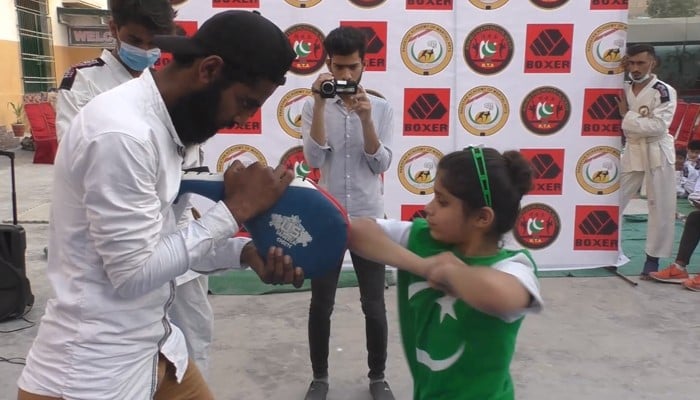 Fatima Naseem, a Pakistani eight-year-old martial artist, has broken the world record of the most elbow strikes in a minute, it emerged on Thursday.

Naseem, when she was only seven years old, had made a record after hitting 242 elbow strikes in one minute, according to Guinness.

However, now after a year, she hit 272 elbow strikes, breaking the record of Indian martial arts instructor Kiran Uniyal.

“The most full contact elbow strikes in one minute using alternate elbows (female) is 272 and was achieved by Fatima Naseem (Pakistan), in Karachi, Pakistan, on 7 March 2021,” Guinness said.