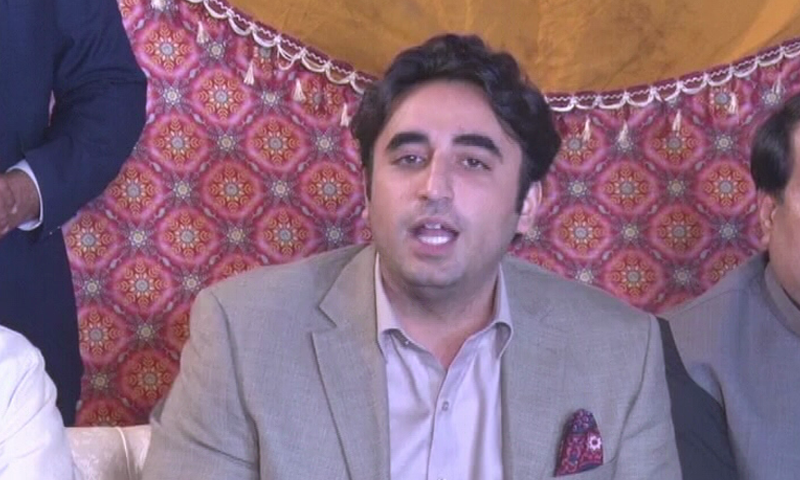 PPP Chairman Bilawal Bhutto-Zardari on Wednesday said that his party had “strictly, in the strongest possible terms, condemned” the alleged murder of journalist Aziz Memon, whose body was found from an irrigation channel in Naushero Feroze.

At the same time, the PPP lawmaker advised journalists to “work with your allies” and cautioned against “unwillingly becoming part of a conspiracy that is against democratic forces”.

During a press conference in Lahore, Bilawal was posed with a question regarding the death of a journalist in Sindh, where the PPP is in power. The reporter also pointed out that the journalist had posted a video, where he had alleged that he was receiving threats for his coverage of a news story.

In response, Bilawal said that the video had been posted last year when the PPP had held its ‘train march’ and added: “Our record is before you. Whenever you (journalists) are named in fake terrorism cases, whenever there are deadly attacks on your community, PPP always stands by you. Even if we suffer losses because of it, we tolerate that because we believe that constructive criticism leads to improvement.”

Bilawal said that a day before Memon’s death, a PPP MPA was brutally murdered in the same area.

“We want justice to prevail. We want a police system that is not involved in politics,” he insisted. He did not, however, shine a light on the findings of the ongoing investigation into Memon’s death.

Memon, who was associated with Sindhi TV channel KTN News and Sindhi-language daily Kawish, was found dead in an irrigation waterway in Naushero Feroze on February 16. He was allegedly strangled to death near Mehrabpur town of Naushahro Feroze district.

Hafiz Memon, a brother of the slain journalist, told local media that Aziz had left to cover a story in a nearby village with his cameraman, Owais Qureshi, on Sunday morning. Some hours later, his body was found, tied with an electric wire, in an irrigation outlet near the town.

In today’s press conference, Bilawal said that if the “journalist’s family wants a judicial commission to be formed, we will constitute one. If the family wants a specific police officer, who they believe is credible, to investigate, we will [assign that officer to the case].

“But I want to make a request before you all: this story does not end with Aziz Memon. This story is not limited to one Aziz Memon. You should ask who filed terrorism cases against Sindh’s journalists. You should also ask if this is only happening in Sindh. In accordance with a conspiracy, tactics like this are being used against our journalists who do real reporting, whether in Pakistan or abroad.”

Bilawal also condemned the government’s economic policies and accused the Centre of committing “financial murder of the public”. He did not, however, comment on the soybean dust allergy that has killed 14 people in three days.